Breda O’Brien: Euthanasia is symptom of society which does not care

Medical killing is motivated not by love but cold functions of sexism, ableism and ageism 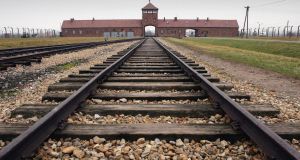 Dr Wim Distelmans took a study group to Auschwitz. He said euthanasia is killing out of humility and unconditional love and he wanted to study a place where killing took place for the opposite reasons. Photograph: Scott Barbour/Getty

There was applause in a Dutch courtroom recently when a retired doctor was cleared of wrongdoing. Four years previously, a patient had made an advance directive declaring that she would prefer euthanasia to having to go into a care home. The patient then developed Alzheimer’s.

The doctor judged that a directive made four years ago constituted sufficient consent. In 2016, with the 74-year-old’s family present, she slipped a sedative into her patient’s coffee. When the doctor tried to administer a lethal injection to the sleeping patient, the woman woke up, objected vociferously and had to be held down by her family so that the doctor could inject her.

The conditions of the 2001 Dutch law state that the patient’s euthanasia request must be voluntary and persist over time (the request cannot be granted when under the influence of others, psychological illness or drugs) and the patient must be fully aware of his/her condition, prospects and options.

It is hard to know what act of euthanasia would actually merit a sanction in the Netherlands or Belgium, which have similar regimes, if holding someone down to kill them does not.

In 2018, a Dutch medical ethicist, Berna van Baarsen, resigned from one of the regional oversight committees in protest because patients with dementia were being euthanised without consent. Another euthanasia supporter who sat on oversight committees, Prof Theo Boer, resigned in part because he worries about the effect on medics who euthanise people for everything from depression to diabetes, who might otherwise have lived for decades.

While van Baarsen and Boer seem to worry about euthanasia becoming normalised instead an act of last resort, few ask a fundamental question. For every person who requests euthanasia, there are others with similar symptoms who express a strong desire to live.

What makes the difference? There may be individual factors such as tenacity and a strong will (although many of those who request euthanasia show remarkable strength of will. Take Belgian Simona de Moor who, although both fit and mentally acute, requested and was granted euthanasia on the grounds that her daughter had died not long before. She never wavered and neither did her GP, who is now facing investigation.)

For every person who requests euthanasia, there are others with similar symptoms who express a strong desire to live

Rather than widening the grounds for euthanasia, why do we not study those who do not request it, and try to replicate the conditions that make life worth living despite acute suffering? Could it possibly be because providing proper support costs more money than euthanasia?

Scott Kim, an American bioethicist, did an analysis of 66 Dutch cases of euthanasia carried out on psychiatric grounds. Seventy per cent were women, and included cases of eating disorders, autism spectrum disorder and a healthy woman whose reason was “prolonged grief” over her husband’s death a year prior.

Why are women so over-represented? And why should prolonged grief be grounds for euthanasia in any kind of decent society?

The key factors that lead people away from seeking euthanasia must surely include proper support and care.

Belgian Tom Mortier states that “the big problem in our society is that apparently, we have lost the meaning of taking care of each other”. He has reason to know.

He was asked to carry out the necessary funeral arrangements the day after his mother, Godelieva de Troyer, was euthanised. It was the first notice the family got of the euthanasia.

Mortier had been estranged from his mother and, prior to this shock, not a euthanasia opponent. The psychiatrist who had treated her for 20 years had said that she didn’t qualify for euthanasia under Belgian law.

Nonetheless, Dr Wim Distelmans, an oncologist, euthanised de Troyer without consulting her family. She was in perfect physical health although suffering from severe depression. Before she died, de Troyer made a €2,500 donation to Life End Information Forum, which Distelmans co-founded.

Distelmans is part of the federal oversight committee on euthanasia, although he apparently is silent when his own cases are discussed.

This committee meets after euthanasia has been carried out - not before

This committee meets after euthanasia has been carried out, not before. To date, the committee has not queried any of Distelmans’s cases. For example, the National Post quotes Distelmans as saying that the case of Nathan Verhelst, who was euthanised for severe depression after failed sex-change operations, was not discussed even for one minute. Distelmans said that “it was just passed like that”. He said that it might have merited a discussion 10 years ago, but today, it was just another case. Distelmans made headlines when he took a study group to Auschwitz. He justified it by saying that euthanasia is killing out of humility and unconditional love and he wanted to study a place where killing took place for the opposite reasons.

A study of one of the biggest sites of mass murder in history by doctors and other advocates who specialise in death is, at the very least, an insensitive choice.  He and other euthanasia advocates might in their humility and unconditional love, commit themselves instead to a study examining how many euthanasia decisions are influenced by sexism, ableism and ageism in societies which have forgotten that killing is not care.