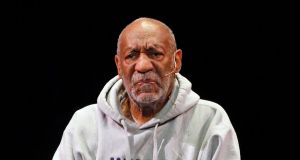 Statements made by Bill Cosby, his wife and his lawyer at the time to counter accusations that he had sexually assaulted women were not defamatory, a federal judge ruled on Thursday, as he dismissed a Pittsburgh woman’s defamation lawsuit against the entertainer.

The woman, Renita Hill, who claims Cosby began abusing her in the early 1980s when she was a minor, had said in her lawsuit that all three parties had defamed her.

The lawyer, Martin Singer, had described some of the accounts of women who accused Cosby of assault as “unsubstantiated, fantastical stories” in a statement he made in 2014.

However, Judge Arthur J Schwab, of US District Court for the Western District of Pennsylvania, ruled that none of the statements Hill cited were defamatory and that they amounted to opinions protected by the first amendment.

“Even considering these three statements together as a combined, single statement, this newly ‘conjoined’ statement does not lead to an inference that plaintiff is a ‘liar and an extortionist’,” the judge wrote.

“Accordingly, defendant’s motion to dismiss plaintiff’s claim for defamation will be granted.”

The defamation lawsuit was one of four that Cosby was facing. The remaining three, two in Massachusetts and one in California, were not affected by the ruling.

Cosby has denied the accusations brought by dozens of women of sexual misconduct.

In a statement, a lawyer for Cosby, Monique Pressley, welcomed the decision.

“It is our hope that courts in other jurisdictions with similar matters will respond in like manner,” she said.

Cosby has countersued seven of the women who have accused him of sexual misconduct and defamation.

Joseph Cammarata, a lawyer for seven women in one of the Massachusetts cases, said the ruling had no impact on their defamation lawsuit.

In an email, Ms Hill’s lawyer, George Kontos, said he disagreed with the judge’s decision that Cosby’s statements were protected by the US constitution.

He said he planned to appeal.

“Renita remains committed to having her day in court,” he said.