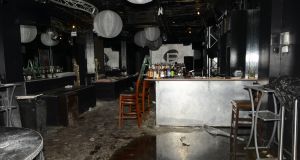 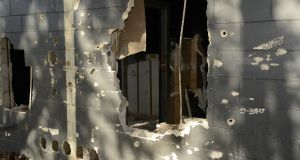 The exterior of Pulse Nightclub. Photograph: Natalie Bednarz/City of Orlando 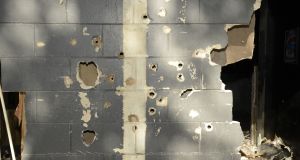 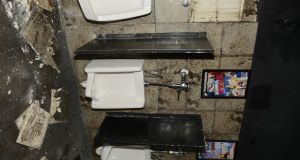 Inside the nightclub’s bathrooms. Photograph: Natalie Bednarz/City of Orlando 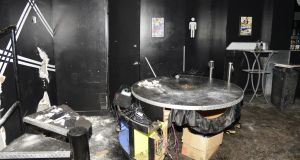 Damage inside the bar area. Photograph: Natalie Bednarz/City of Orlando 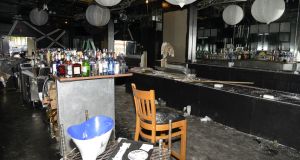 Shattered glass can be seen in this interior shot. Photograph: Natalie Bednarz/City of Orlando 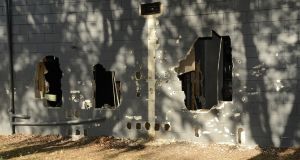 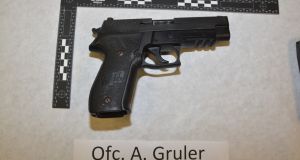 A police firearm connected to the siege. Photograph: Natalie Bednarz/City of Orlando 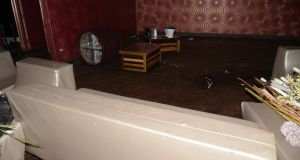 Upturned furniture inside the nightclub. Photograph: Natalie Bednarz/City of Orlando

Officials in Orlando have released hundreds of photographs showing the interior of Pulse Nightclub following a shooting last June that that left 49 people dead.

The attack, the deadliest mass shooting in US history, was carried out by 29-year-old security guard Omar Mateen on June 12th. Mateen was shot and killed in a shoot-out with the police, ending the siege.

More than 400 photographs have been made public depicting the destruction following the shooting, including bullet holes and shattered glass in the main bar, bathrooms and building exterior.

Weapons, ammunition and other equipment used by Orlando police officers during the operation to end the attack are also included in the collection.

In November, the city announced plans to purchase the Pulse Nightclub and turn it into a memorial.

Buddy Dyer, the mayor of Orlando, said at the time that it was important for the city to take control of the site to ensure that those killed and injured were properly honoured.

Meanwhile on Tuesday, Omar Mateen’s wife, Noor Salman, appeared in court accused of committing a crime by assisting her husband ahead of the shooting.

Ms Salman was not present for the June 2016 attack. She faces up to life in prison if convicted of aiding and abetting Mateen’s attempt to provide material support to a terrorist organisation, federal prosecutors said.

She also is charged with obstructing justice for lying to authorities investigating the massacre, according to prosecutors.