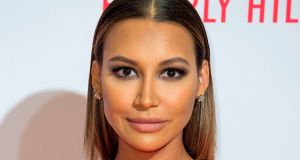 Investigators in the US were “confident” on Monday they had found the body of Glee actor Naya Rivera almost a week after she was reported missing at a lake in California, authorities said.

Speaking at a news conference, Ventura County Sheriff William Ayub said Rivera’s body was found near the surface of the water in the northeastern portion of the lake. The depth of the water in that area is between 10m and 20m (35 and 60 ft). There were no signs of foul play, he said. Ayub said the body was identified as that of Rivera based on the location, physical characteristics, clothing and condition, “as well as the absence of any other persons reported missing in the area.” There was no life jacket on the body, he said.

The Ventura County Medical Examiner’s Office will perform an autopsy and will use dental records to make a “positive identification” of the body, Ayub said.

In the days since Rivera (33) disappeared July 8th at Lake Piru, search teams from agencies throughout the state scoured the lake, using helicopters, all-terrain vehicles, boats, drones, dogs and diving gear. Rivera and her 4-year-old son were the only people on a pontoon she had rented at Lake Piru when they went out on the water last week, according to a security video released by the sheriff’s office. The video shows them arriving at the dock in a dark SUV, walking to the marina and then heading north on the boat on the lake. When the 6m long (20ft) boat did not return on time on the afternoon of July 8th, workers from the dock began searching for it, Sgt Kevin Donoghue of the Ventura County Sheriff’s Office said Thursday. Another boater found the boy at 4 pm that day. The boy, who was wearing a life jacket, was asleep and alone.

A second life jacket was found in the boat. The boy told investigators that he and his mother had been swimming in the lake and that he had gotten back into the boat but she had not, according to the Sheriff’s Office. Donoghue said the next day that the boat was found in the northern part of the lake, in an area where the water is about 20m (30ft) deep. Search efforts had been hampered by limited water visibility of less than 1 foot during the day, and trees and debris under the surface. The search-and-rescue mission shifted into a search-and-recovery effort as the day wore on. Authorities said they believed Rivera had accidentally drowned.

Authorities said that Rivera had previous experience boating on the lake, a reservoir with a campground in Los Padres National Forest, about 89km (55 miles) northwest of Los Angeles. The recreational area, which reopened on July 1st with limited activities because of the coronavirus, features boat rentals, kayaking and paddle boarding. It was closed during the search.

On Monday, Ayub said Rivera’s family had expressed gratitude for everyone who assisted in the efforts to find the actor. He also thanked the many agencies that had helped in the search. Rivera made her acting debut as a 4-year-old on the 1991 CBS sitcom The Royal Family. She also had guest appearances on other shows, including The Fresh Prince of Bel-Air and Family Matters. But Rivera was probably best known for her role as a sharp-tongued singing cheerleader, Santana Lopez, on Glee, which ran on Fox from 2009 to 2015. The campy show followed the friendships, relationships and everyday dramas of a high school glee club, and Rivera appeared in 116 episodes. She married actor Ryan Dorsey in 2014 and gave birth to their son, Josey Hollis, in 2015. The couple split in 2018.

The day before her disappearance, she shared a photo with her son with the caption “just the two of us.”

The cast of Glee has dealt with its share of tragedy. Cory Monteith, who played Finn Hudson, was found dead in a hotel room in 2013 from a drug overdose when he was 31. Mark Salling, who played Noah Puckerman, was 35 when he died in what appeared to be a suicide in 2018, weeks after he pleaded guilty to federal charges of being in possession of child pornography. Celebrities Monday used their social media platforms to openly grieve the actress. Chris Colfer, Rivera’s Glee co-star, posted a tribute on Instagram, writing that her “brilliance and humor were unmatched” and her “beauty and talent were otherworldly.” “Being close to her was both a badge of honor and a suit of armor,” he wrote. “Naya was truly one of a kind, and she always will be.” Kristin Chenoweth, a Tony and Emmy Award-winning actor and singer who was a guest star on Glee posted on Twitter: “Thank you for what you gave the world. I love you.”–New York Times