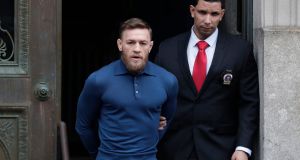 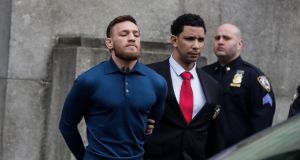 6 Stabbed teenager with ‘beautiful soul’ had ‘bright career ahead’

8 Mairead McGuinness: They don’t call me ‘Elbows McGuinness’ to my face

9 If the vaccines row wasn’t real, Boris Johnson would have to invent it

11 Millionaire couple travel to get vaccine intended for indigenous Canadians

12 GameStop focus of war between Wall St and small investors

15 Covid-19: International travel may not be possible by Christmas – Varadkar

19 Sharp increase in the number of Covid-19 family outbreaks

22 ‘I think my husband has a drug problem, but he says that’s nonsense’

26 Who is going to pay for costs of working from home?

27 Can five minutes’ exercise a day make you fit?

29 Kathy Sheridan: Pandemic is reminder of poison in British and Irish politics

31 The Holocaust: How to say ‘never again’ and mean it

32 Róisín Ingle: The gin is now part of my daily routine

37 Emma Dabiri: George Nkencho’s death ‘brought me back to the Ireland I grew up in’

39 Range Rover Sport D350: Fab to drive. But everyone you pass will hate you

40 ‘We have not pulled out’: AstraZeneca will meet EU to discuss vaccine delivery delays