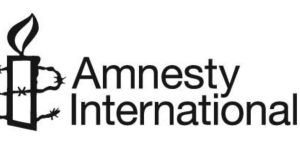 A review of workplace culture at Amnesty International found bullying and public humiliation were routinely used by management at its international secretariat in London.

Amnesty International has a “toxic” working environment, with widespread bullying, public humiliation, discrimination and other abuses of power, a report has found.

A review into workplace culture, commissioned after two staff members took their own lives last year, found a dangerous “us versus them” dynamic, and a severe lack of trust in senior management, which threatened Amnesty’s credibility as a human rights champion.

“As organisational rifts and evidence of nepotism and hypocrisy become public knowledge they will be used by government and other opponents of Amnesty’s work to undercut or dismiss Amnesty’s advocacy around the world, fundamentally jeopardising the organisation’s mission,” the report said.

The report, undertaken by the KonTerra Group and led by psychologists, to look into lessons learned following the suicides in 2018, found bullying and public humiliation were routinely used by management.

“There were multiple reports of managers belittling staff in meetings, deliberately excluding certain staff from reporting, or making demeaning, menacing comments like: ‘You’re s**t!’ or: ‘You should quit! If you stay in this position, your life will be a misery,’” it said.

The consultants, who focused on Amnesty’s international secretariat, based in London, found it to be largely operating in a “state of emergency” following a restructuring process to decentralise and move staff closer to the ground in places of civil unrest and conflict.

Many staff at Amnesty described their employment as a vocation or life cause and many there had a “significant risk of experiencing secondary stress or vicarious trauma” due to the nature of the work.

But, the report found, the “lion’s share” of wellbeing issues were not isolated to exposure to trauma or suffering. Instead, the adversarial culture, failures in management and pressures of workload were among the most significant contributors to wellbeing issues, it said.

The review was based on a survey of 475 staff, 70 per cent of the workforce of Amnesty’s international secretariat, and on scores of interviews. Some experienced “significant distress” during the process, it said.

“Amnesty International had a reputation for doing great work but being a hard place to work. Across many interviews the word ‘toxic’ was used to describe the Amnesty work culture as far back as the 1990s. So were the phrases ‘adversarial’, ‘lack of trust’, and ‘bullying’,” the report said.

Staff reported multiple accounts of discrimination on the basis of race and gender and which women, staff of colour and LGBTQI employees were targeted or treated unfairly.

“Given Amnesty’s mission, given Amnesty’s status and mission – to protect and promote human rights – the number of accounts the assessment team received of bullying,racism, and sexism is disconcerting,” it said. The reviewers provided Amnesty’s secretary general with a private report on allegations of abuse of power, discrimination and unfair treatment, which merit further investigation.

They found multiple instances of alleged favouritism or nepotism in hiring and cases where “it appears that positions or individuals may have been made redundant without due process”.

One of the issues facing the organisation was a “martyrdom culture”, in which staff would sacrifice their own wellbeing by taking on huge workloads – a clear “recipe for overload and burnout”.

The restructuring had “taken a considerable toll” on staff wellbeing, it said. “Amnesty cannot effectively strive to make the world a better place while perpetuating an organisational culture deeply marked by secrecy, mistrust, nepotism and other forms of power abuse.”

Kumi Naidoo, Amnesty’s secretary general, said the review was a difficult and profoundly troubling read. In a statement, he said he would bring forward a reform plan by the end of March.

Amnesty’s work culture problems were first revealed in May last year, after Gaëtan Mootoo (65), a researcher of 30 years standing, killed himself in his Paris office, leaving a note in which he blamed the pressure of work for his decision. Six weeks later, Rosalind McGregor (28), an intern in Amnesty’s Geneva’s office, took her own life at her family home in Surrey.

One staff member told the review that the organisation’s response to Mr Mootoo’s death “upset many of us a lot”. “The way they announced it, the way they tried to cover up.”

His death was followed by several reviews. One conducted by James Laddie, QC, found “a serious failure of management” had contributed to Mr Mootoo’s death.

A separate inquiry into Ms McGregor’s death concluded she had been distressed for “personal reasons” and concluded Amnesty bore no responsibility for her death.– Guardian