Vote Leave has defection as doctor deserts campaign over NHS 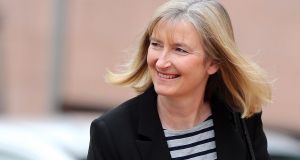 A senior Tory MP has abandoned the Leave campaign in the first major political defection of the referendum debate.

The move by Sarah Wollaston, a doctor and chairwoman of the Commons health select committee, is a blow for the credibility of Vote Leave, which has argued that leaving the EU would free up funds for the National Health Service.

“I have to ask myself if the NHS is going to be better off or worse off,” she told the BBC. “Undoubtedly, the thing that is most going to influence the financial health of the NHS is the background economy. So I think there would be a shock.”

Ms Wollaston had previously voiced concerns about Vote Leave’s claim that Britain contributes more than £350 million (€447 million) a week to the EU, which could be invested instead in the NHS.

In fact, when the UK’s rebate and receipts from the EU are taken into account, the figure is less than £200 million a week.

“I couldn’t have stepped foot on a battle bus that has as the heart of its campaign a figure that I know to be untrue,” Ms Wollaston said on Wednesday.

Both sides of the debate have been criticised over the accuracy of their claims during the campaign.

Remain’s forecasts on the economic impact of Brexit have been greeted sceptically by much of the press, while Vote Leave has come under scrutiny for its posters stating that, “Turkey is joining the EU”.

One Brexiteer told the Financial Times of the Turkey claim, “It’s not true at this time . . . If it said ‘Turkey will join’, that’s probably correct.” Nonetheless, an opinion poll this week showed that, by a narrow margin, voters thought the Remain campaign had been less honest.

Asked on Wednesday whether other MPs might also defect from the Leave campaign, she told the BBC, “Of course, and there may be people who go in the other direction.”

Vote Leave also claimed that Sir Alan Duncan, Conservative MP for Rutland, had requested a board position in the Out campaign, before backing Remain.

In a separate development, MPs have rushed through emergency legislation extending the deadline for voters in Britain’s EU referendum to apply to join the electoral register, despite legal threats from Leave campaigners.

In a constitutionally rare move, MPs approved a statutory instrument on Thursday that amended the original legislation that paved the way for the referendum.

The move came after the voter registration website crashed shortly before the original deadline on Tuesday evening. – Copyright The Financial Times Limited 2016