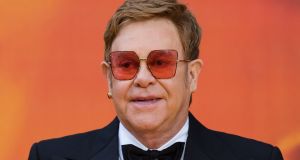 British musician Sir Elton John who was recognised in British Queen Elizabeth’s new year’s honours list was one of those who had his address published. File photograph: Vickie Flores/EPA

More than 1,000 celebrities, government employees and politicians who received honours in Queen Elizabeth’s new year list have reportedly had their home and work addresses posted on a government website.

The accidental disclosure of a tranche of personal details of those being celebrated for their service to British society is likely to be considered a major security breach, particularly as senior police and ministry of defence staff were among those whose potentially sensitive addresses were made public.

Many of the more than a dozen ministry employees and senior counter-terrorism officers who received honours had their home addresses revealed, along with countless others who may believe the disclosure has put them in a vulnerable position.

Prominent public figures including the musician Elton John, the cricketer Ben Stokes, NHS England’s chief executive, Simon Stevens, the politicians Iain Duncan Smith and Diana Johnson, and the former director of public prosecutions Alison Saunders were among those whose home addresses were published.

A member of the public contacted the Guardian after downloading a spreadsheet from the government website page where the 2020 new year honours list was posted.

It is thought the document seen by the Guardian, which contains the details of 1,097 people, went online at 10.30pm on Friday and was taken down in the early hours of Saturday.

A small number of ministry of defence staff who had been named publicly in the honours list had their addresses redacted in the spreadsheet. However, the vast majority of people had their house numbers, street names and postcodes included.

A cabinet office spokesperson apologised for the error and said it had reported itself to the Information Commissioner’s Office.

“A version of the New Year honours 2020 list was published in error which contained recipients’ addresses,” the spokesperson said.

The honours list was drawn up and approved during Theresa May’s premiership.