UK government defends use of child spies against drug dealers 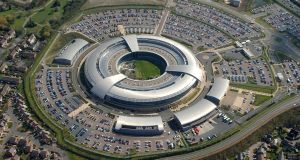 Downing Street has defended the use of child spies by British police and intelligence agencies operations against terrorists, gangs and drug dealers, saying this happened very rarely and only when it was considered vital to do so.

The comments by Theresa May’s spokeswoman come after a House of Lords committee revealed the practice, while also raising the alarm over government plans to give law enforcement bodies more freedom over their use of children.

Some of the child spies are aged under 16, the committee said, adding that it was worried about proposals to extend from one month to four the period of time between each occasion that child spies go through a re-registration process.

Asked about the committee’s worries, Ms May’s spokeswoman said: “Juvenile covert human intelligence sources are used very rarely, and they’re only used when it is very necessary and proportionate, for example helping to prevent gang violence, drug dealing and the ‘county lines’ phenomenon. The use is governed by a very strict legal framework.”

The House of Lords secondary legislation scrutiny committee raised concerns over the orders in a report published last Thursday.

“We are concerned that enabling a young person to participate in covert activity associated with serious crime for an extended period of time may increase the risks to their mental and physical welfare,” said the committee, chaired by Lord Trefgarne, a former Tory government minister.

Home office correspondence with the committee, published in the report, suggests children are not only used to furnish the police with information, but are also assigned to collect information on behalf of agencies.

The intention behind the change was to remove the obligation for the agency to apply to renew their authorisation “within a very short time” in circumstances including where “the juvenile has not been able to complete the tasking within the initial one-month period”.

The department added: “This pressure to obtain results could be unhelpful to the juvenile CHIS [covert human intelligence sources] and also to the law enforcement agency . . . In some circumstances this requirement can also act as a deterrent with law enforcement avoiding the use of juvenile CHIS[.]”

Regarding safeguards, the home office proposes that authorisation be reviewed monthly by a senior official to ensure the welfare and safety of the child, and to ensure the deployment remains “necessary and proportionate”.

Ben Wallace, the home office minister who corresponded with the committee over the changes, suggested that juvenile CHISs may have “unique access to information”, particularly in cases of gangs.

“For example,” he wrote, “it can be difficult to gather evidence on gangs without penetrating their membership through the use of juvenile CHIS. As well as provide intelligence dividend in relation to a specific gang, juvenile CHIS can give investigators a broader insight into, for example, how young people in gangs are communicating with each other.”

Neil Woods, a former undercover police officer who investigated drugs gangs around the country, said he was aware of children being used as CHISs in the past, but that it was rare. He said the change seemed at first glance to be an attempt to deal with county lines drugs conspiracies.

“It sounds like infiltration to me, direction and infiltration,” he said. “It’s basically a kid that has been caught first time, and instead of rescuing them they are sending them back in.”

He warned that authorising such activities would increase the risks faced by all children involved in the drugs trade, who are already seen as expendable by ringleaders.

Jenny Jones, of the Green party, raised the issue at the Lords grand committee on Wednesday night, saying that she was shocked to learn that authorities could use children as spies at all.

Rosalind Comyn, legal and policy officer at Rights Watch (UK), said: “Enlisting children as foot soldiers in the darkest corners of policing, and intentionally exposing them to terrorism, crime or sexual abuse rings – potentially without parental consent – runs directly counter to the government’s human rights obligations, which demand the interests of children be placed at the heart of decisions which affect them.

The home office said: “Juvenile covert human intelligence sources are used very rarely and only ever when it is necessary and proportionate and when there is no other less intrusive way to get the information needed to convict criminals or terrorist suspects.” – Guardian