President of the court Lady Hale says prorogation was ‘unlawful, void and of no effect 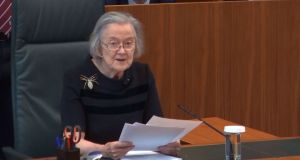 Below is a summary of the British supreme court’s judgment that the the decision by British prime minister Boris Johnson to suspend parliament for five-weeks was unlawful.

In giving the judgment of the Court Lady Hale said:

“We have before us two appeals, one from the High Court of England and Wales and one from the Inner House of the Court of Session in Scotland. It is important, once again, to emphasise that these cases are not about when and on what terms the United Kingdom is to leave the European Union.

“They are only about whether the advice given by the Prime Minister to Her Majesty the Queen on 27th or 28th August, that Parliament should be prorogued from a date between 9th and 12th September until 14th October, was lawful and the legal consequences if it was not. The question arises in circumstances which have never arisen before and are unlikely to arise again. It is a ‘one-off’.

Briefly, the Scottish case was brought by a cross party group of 75 members of Parliament and a QC on 30th July because of their concern that Parliament might be prorogued to avoid further debate in the lead up to exit day on 31st October.

On 15th August, Nikki da Costa, Director of Legislative Affairs at No 10, sent a memorandum to the Prime Minister, copied to seven people, civil servants and special advisers, recommending that his Parliamentary Private Secretary approach the Palace with a request for prorogation to begin within 9th to 12th September and for a Queen’s Speech on 14th October. The Prime Minister ticked ‘yes’ to that recommendation.

On 27th or 28th August, in a telephone call, he formally advised Her Majesty to prorogue Parliament between those dates. On 28th August, Mr Jacob Rees-Mogg, Leader of the House of Commons and Lord President of the Privy Council, Mr Mark Harper, chief whip, and Baroness Evans of Bowes Park, Leader of the House of Lords, attended a meeting of the Privy Council held by the Queen at Balmoral Castle.

An Order in Council was made that Parliament be prorogued between those dates and that the Lord Chancellor prepare and issue a commission for proroguing Parliament accordingly. A Cabinet meeting was held by conference call shortly after that in order to bring the rest of the Cabinet “up to speed” on the decisions which had been taken. That same day, the decision was made public and the Prime Minister sent a letter to all Members of Parliament explaining it. As soon as the decision was announced, Mrs Miller began the English proceedings challenging its lawfulness.

Parliament returned from the summer recess on 3rd September. The House of Commons voted to decide for themselves what business they would transact. The next day what became the European Union (Withdrawal) (No 2) Act passed all its stages in the Commons. It passed all its stages in the House of Lords on 6th September and received royal assent on 9th September. The object of that Act is to prevent the United Kingdom leaving the European Union without a withdrawal agreement on 31st October.

On 11th September, the High Court of England and Wales delivered judgment dismissing Mrs Miller’s claim on the ground that the issue was not justiciable in a court of law. That same day, the Inner House of the Court of Session in Scotland announced its decision that the issue was justiciable, that it was motivated by the improper purpose of stymying Parliamentary scrutiny of the Government, and that it, and any prorogation which followed it, were unlawful and thus void and of no effect.

This judgment is the unanimous judgment of all 11 Justices.

The first question is whether the lawfulness of the Prime Minister’s advice to Her Majesty is justiciable. This Court holds that it is. The courts have exercised a supervisory jurisdiction over the lawfulness of acts of the Government for centuries. As long ago as 1611, the court held that “the King [who was then the government] hath no prerogative but that which the law of the land allows him”. However, in considering prerogative powers, it is necessary to distinguish between two different questions.

The first is whether a prerogative power exists and if so its extent. The second is whether the exercise of that power, within its limits, is open to legal challenge. This second question may depend upon what the power is all about: some powers are not amenable to judicial review while others are. However, there is no doubt that the courts have jurisdiction to decide upon the existence and limits of a prerogative power. All the parties to this case accept that. This Court has concluded that this case is about the limits of the power to advise Her Majesty to prorogue Parliament.

The second question, therefore, is what are the limits to that power? Two fundamental principles of our Constitution are relevant to deciding that question. The first is Parliamentary sovereignty - that Parliament can make laws which everyone must obey: this would be undermined if the executive could, through the use of the prerogative, prevent Parliament from exercising its power to make laws for as long as it pleased. The second fundamental principle is Parliamentary accountability: in the words of Lord Bingham, senior Law Lord, “the conduct of government by a Prime Minister and Cabinet collectively responsible and accountable to Parliament lies at the heart of Westminster democracy”. The power to prorogue is limited by the constitutional principles with which it would otherwise conflict.

Limit on the power

For present purposes, the relevant limit on the power to prorogue is this: that a decision to prorogue (or advise the monarch to prorogue) will be unlawful if the prorogation has the effect of frustrating or preventing, without reasonable justification, the ability of Parliament to carry out its constitutional functions as a legislature and as the body responsible for the supervision of the executive. In judging any justification which might be put forward, the court must of course be sensitive to the responsibilities and experience of the Prime Minister and proceed with appropriate caution.

If the prorogation does have that effect, without reasonable justification, there is no need for the court to consider whether the Prime Minister’s motive or purpose was unlawful.

The third question, therefore, is whether this prorogation did have the effect of frustrating or preventing the ability of Parliament to carry out its constitutional functions without reasonable justification. This was not a normal prorogation in the run-up to a Queen’s Speech. It prevented Parliament from carrying out its constitutional role for five out of the possible eight weeks between the end of the summer recess and exit day on 31st October. Proroguing Parliament is quite different from Parliament going into recess. While Parliament is prorogued, neither House can meet, debate or pass legislation. Neither House can debate Government policy.

Nor may members ask written or oral questions of Ministers or meet and take evidence in committees. In general, Bills which have not yet completed all their stages are lost and will have to start again from scratch after the Queen’s Speech. During a recess, on the other hand, the House does not sit but Parliamentary business can otherwise continue as usual. This prolonged suspension of Parliamentary democracy took place in quite exceptional circumstances: the fundamental change which was due to take place in the Constitution of the United Kingdom on 31st October. Parliament, and in particular the House of Commons as the elected representatives of the people, has a right to a voice in how that change comes about. The effect upon the fundamentals of our democracy was extreme.

No justification for taking action with such an extreme effect has been put before the court. The only evidence of why it was taken is the memorandum from Nikki da Costa of 15th August. This explains why holding the Queen’s Speech to open a new session of Parliament on 14th October would be desirable. It does not explain why it was necessary to bring Parliamentary business to a halt for five weeks before that, when the normal period necessary to prepare for the Queen’s Speech is four to six days.

The Court is bound to conclude, therefore, that the decision to advise Her Majesty to prorogue Parliament was unlawful because it had the effect of frustrating or preventing the ability of Parliament to carry out its constitutional functions without reasonable justification.

The next and final question, therefore, is what the legal effect of that finding is and therefore what remedies the Court should grant. The Court can certainly declare that the advice was unlawful. The Inner House went further and declared that any prorogation resulting from it was null and of no effect. The Government argues that the Inner House could not do that because the prorogation was a “proceeding in Parliament” which, under the Bill of Rights of 1688 cannot be impugned or questioned in any court.

But it is quite clear that the prorogation is not a proceeding in Parliament. It takes place in the House of Lords chamber in the presence of members of both Houses, but it is not their decision. It is something which has been imposed upon them from outside. It is not something on which members can speak or vote. It is not the core or essential business of Parliament which the Bill of Rights protects. Quite the reverse: it brings that core or essential business to an end.

Unlawful, void and of no effect

This means that when the Royal Commissioners walked into the House of Lords it was as if they walked in with a blank sheet of paper. The prorogation was also void and of no effect. Parliament has not been prorogued. This is the unanimous judgment of all 11 Justices.

It is for Parliament, and in particular the Speaker and the Lord Speaker to decide what to do next. Unless there is some Parliamentary rule of which we are unaware, they can take immediate steps to enable each House to meet as soon as possible. It is not clear to us that any step is needed from the Prime Minister, but if it is, the court is pleased that his counsel have told the court that he will take all necessary steps to comply with the terms of any declaration made by this court.

It follows that the Advocate General’s appeal in the case of Cherry is dismissed and Mrs Miller’s appeal is allowed. The same declarations and orders should be made in each case.

NOTE: This summary is provided to assist in understanding the Court’s decision. It does not form part of the reasons for the decision. The full judgment of the Court is the only authoritative document. Judgments are public documents and are available at: www.supremecourt.uk/decided-cases/index.html