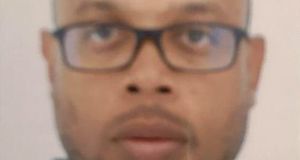 Mickaël Harpon (45) was shot dead by a policeman after he stabbed four colleagues to death in a frenzied attack at Paris police headquarters on October 3rd. Photograph: AFP/via Getty

Mickaël Harpon, who stabbed three police officers and a woman civil servant to death before he was killed at Paris police headquarters on October 3rd, was a radical Islamist with a top secret security clearance and access to all computers in the police prefecture’s directorate of intelligence, known as the DRPP.

The DRPP is responsible for the surveillance of suspected radical Islamists. Yet Harpon continued to work there, even as he showed signs of radicalisation. This mind-boggling fact has shaken President Emmanuel Macron’s administration. Interior minister Christophe Castaner admitted the state “dysfunctioned” but denied there was a “state scandal”.

“The Paris attack showed the poison of radical Islam has penetrated the heart of the state apparatus,” said Le Figaro’s front-page editorial, which concluded the state is in denial.

Harpon, a West Indian, aged 45, was a deaf mute computer technician. Mr Castaner initially described him as an employee with no behavioural problems. Now the right and far right are clamouring for Mr Castaner’s resignation. The minister defended himself on Monday, saying he told “the truth as it was known” in the hours after the attack.

It is not known whether Harpon divulged secrets to fellow Islamists, Mr Castaner told France Inter radio. “I cannot guarantee he did not use his access to give information. For the time being, nothing indicates that he did.”

Senator Christian Cambon, head of the parliamentary committee on intelligence which will question Mr Castaner on Tuesday, said Harpon had access to the names and home addresses of all police agents. “It is frightful to imagine what he may have done with such sensitive information,” Mr Cambon said.

Harpon attended prayers at the mosque in Gonesse, the banlieue north of Paris where he lived. He had recently begun wearing Muslim robes to the mosque and frequented Salafists, Muslims who interpet the Koran literally and want to return to the time of the Prophet. His mobile phone showed contact with a radical preacher who is under police surveillance, Le Figaro reported.

But no jihadist group has claimed responsibility for Harpon’s actions. There is no evidence, Mr Castaner said, “of an organised system with an organised cell”.

Éric Diard, a conservative deputy in the National Assembly and author of a report on Islamism in the public service, said there were “flashing red lights” in Harpon’s case. Mr Diard’s report says 30 policemen and 80 Paris airport employees are under surveillance for radicalisation.

Hebdo victims ‘had it coming’

After 12 journalists were murdered at Charlie Hebdo newspaper in January 2015, Harpon told colleagues the victims “had it coming”. He refused to kiss female colleagues on both cheeks, as is the custom in French offices.

Harpon converted to Islam in 2008 and was married to a Moroccan Muslim woman who is also deaf. She told police he had visions the night before the murders. He went out on his lunch break, bought two ceramic kitchen knives, returned to the prefecture and killed his colleagues.

Harpon and his wife exchanged 33 text messages that morning, all of a religious nature. “May God forgive you,” was her last message to him.

Many French people are stunned that Harpon’s superiors ignored his behaviour. Castaner said that in future, indications of radicalisation will be acted upon immediately. About 20 officers have been expelled from the French police force since the jihadist attacks of 2015-16.

The DRPP had dropped surveillance of the Kouachi brothers, who committed the atrocity at Charlie Hebdo, and of one of the killers in the Bataclan massacre. It also ignored a reference in a text message exchanged by Islamists to Saint-Étienne de Rouvray, a small town in Normandy. One week later, they murdered a priest there.