Paris attacks: Salah Abdeslam to be extradited to France 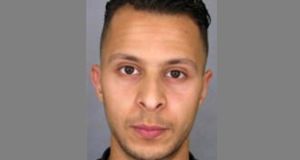 Salah Abdeslam has been been held in a high-security jail since his dramatic arrest at a Brussels flat on Friday. AFP/Getty Images

Salah Abdeslam, the chief suspect in the Paris bomb attacks of November 13th, has been given permission to be extradited to France. A Belgian court ruled on Thursday that he could be extradited to face charges.

The 26-year-old Belgian has been detained in a high-security prison in Bruges since his arrest in the Brussels suburb of Molenbeek two weeks ago. As well as his suspected involvement in the Paris terrorist attacks four months ago, he is also believed to be linked to the March 22nd bombings in Brussels airport and Maalbeek metro station which left 32 people dead. Last week Abdeslam dropped his initial objection to the extradition.

Prosecutors said France and Belgium would now discuss how to proceed with the transfer.

Ten days after the twin terror attacks in Brussels, fresh searches took place near Belgium’s border with France on Thursday in connection with the arrest of a man who was detained in the Parisian suburb of Argenteuil a week ago.

The joint French-Belgium investigation was linked to the arrest of Reda Kriket, a man who French police suspect was planning an imminent attack in France. The 34-year old, who was arrested two days after the Brussels attacks, was charged by French police on Wednesday. He had previously travelled to Syria and had made several visits to Belgium and the Netherlands.

Kriket was sentenced last July in absentia by a Belgian court to 10 years in prison for recruiting fighters to Syria. Abdelhamid Abaaoud, the Belgian man who is believed to have masterminded the Paris attacks and who was subsequently killed during a shoot-out with police in the Paris suburb of St Denis , was also absent for the trial.

In a separate development, Brussels airport announced it will partially reopen for passenger flights on Friday evening. It is expected that the airport will operate at about 20 per cent capacity, with about 800 departing passengers permitted to leave the airport per hour. The operating authority has been testing temporary infrastructure and check-in facilities at the airport since Tuesday. Its departure hall was badly damaged when two suicide bombers detonated bombs within seconds of each other on March 22nd.

Ryanair has said that all of its scheduled flights between Dublin and Brussels Airport will be diverted to Charleroi airport, 60km south of the city, until April 7th.

Aer Lingus has cancelled all of its flights in and out of Brussels until Monday at the earliest.

Brussels is one of Europe’s largest airports, handling over 23 million passengers per year and servicing 77 different airlines.

Nine days after a metro bomb attack killed 20 people on a rush-hour train, Maalbeek metro station in the EU quarter of Brussels remains closed, with people leaving flowers and messages of support at the station’s entrance.

The city’s metro system continues to operate a curtailed service, with some routes not running after 7pm, and heavily-armed soldiers patrolling some platforms and carriages.