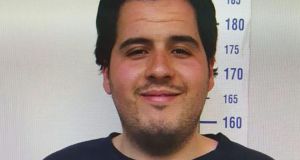 Ibrahim el-Bakraoui: he and his brother blew themselves up in separate attacks in Brussels. Photograph: Haberturk /AFP/Getty

The origins of Islamic State, the network behind both the Brussels bombings and November’s onslaught in Paris, stretch back some three years to before the jihadi group had even declared its so-called caliphate.

Some of the most battle-hardened members of the cell behind the two attacks travelled to join Islamic State, also known as Isis, in Syria to participate in the civil war well before the lightning summer 2014 offensive in which the group seized a third of Iraqi and Syrian territory.

Jean-Charles Brisard, a former counsel to France’s chief anti-terrorism prosecutor who chairs the Centre for the Analysis of Terrorism, says this gives the lie to any notion that Islamic State was originally only concerned with local battles.

“In the genesis of Isis, territorial expansion and terrorism abroad go together,” he says.

Najim Laachraoui, whose DNA was found on the Paris suicide belts and who is confirmed to have blown himself up at Brussels Airport on Tuesday, is said by Belgian police to have left for Syria in February 2013.

September that year saw the arrival of Samy Amimour, the former bus driver from a Paris suburb who would go on to massacre rock fans at the Bataclan club in the French capital.

Hisham al-Hashimi, who advises the Iraqi government on Islamic State, says many members of the Brussels-Paris cell arrived in Syria during this period. They joined the Tareq bin Ziyad battalion, a crack unit for foreign fighters in Isis territory.

Expert analysis into the attacks indicate that the members of what would become the Paris-Brussels cell slipped back into Europe between the start of last year and September.

Hashimi suggests that after the cell became operational with the Paris attacks, the remaining jihadis would have assumed full independence from the Islamic State leadership back in the Middle East.

Early accounts of the Paris attacks depicted Abdelhamid Abaaoud as their ringleader. A veteran of Islamic State’s early phase, he was prominent in some of the group’s grisly video propaganda.

He died in an assault by French security forces on his hideout. The remnant of his cell continued the campaign with Tuesday’s strike on Brussels, where Abaaoud, a Belgian, grew up.

But it now appears that, while Abaaoud was important, he was only one cog in the cell’s command system.

“My assessment is that the Isis operation in Europe has four levels: field level, middle level, Europe level and a general co-ordinator between Europe and Isis territory,” says Hashimi. Abaaoud would rank only as mid-level, he adds.

Back in Islamic State-controlled territory, the level of control over foreign plots might amount to little more than the giving of a green light. Yet western intelligence agencies are still striving to understand such high-level decision-making.

Among those under scrutiny is Fabien Clain, a long-standing jihadi leader once jailed in France for recruiting fighters. Like his brother Jean-Michel, he was born in the French territory of Reunion, settled in Toulouse, converted to Islam and embraced extremism.

Fabien Clain voiced the recording in which Islamic State claimed responsibility for the Paris attacks, warning that they were “only the beginning of the storm”. But there is as yet nothing to show that the Clain brothers had a hand in the Brussels attacks.