Fitzgerald says all steps being taken to stop terrorist attacks

‘No specific information about a threat to this country’, says Minister for Justice 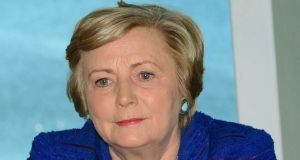 Minister for Justice Frances Fitzgerald: “As a country with the same values as our European partners, we are not immune.” Photograph: Dara Mac Donaill.

The Government is taking all “necessary steps” to counteract any potential terrorist attacks, the Minister for Justice has said following the Brussels bombings.

Frances Fitzgerald said An Garda Síochána was liaising with the relevant authorities in Brussels and international partners in the aftermath of the explosions.

“While it remains the case that there is no specific information about a threat to this country, as a country with the same values as our European partners, we are not immune,” she said.

The National Security Committee held a meeting to discuss the attacks and the State’s operational response.

Ms O’Sullivan told the meeting every measure was being taken to assess the ongoing risk of a terrorist attack and the potential for one to occur.

The Commissioner added the activities of a small number of people based here and their behaviour are being monitored closely. Speaking after the meeting a Government spokesman said an attack was unlikely but possible.

He said: “The level of threat is kept under constant review by An Garda Síochána and all appropriate measures will continue to be taken by the authorities here.”

The Cabinet also discussed the attacks at the weekly meeting yesterday and agreed to fly the tricolours at half-mast on State buildings today and tomorrow as a mark of respect.

The Dáil held a minute’s silence in memory of the victims of the Brussels bombings.

Acting Taoiseach Enda Kenny told the Dáil: “These acts were utterly indiscriminate and I condemn them in the strongest possible terms – as I also condemn the attacks in Mali last night”.

Ms Fitzgerald said: “Today’s events in Brussels are another dreadful reminder of the savagery of terrorists who hold our values and democracy itself in deadly contempt.

“We have to bear in mind too that an attack on our European neighbours is an attack on us all. We know from the dark history of this island that, while, despite the best efforts of police and security services, terrorists can succeed from time to time in carrying out attacks, ultimately democracy and our values will prevail.”