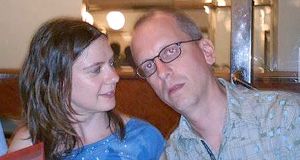 David Dixon was originally from Hartlepool but was living in the Belgian capital. Photograph: Handout/PA 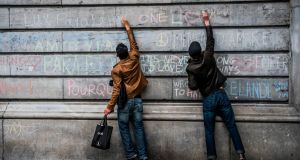 Boys write tributes in chalk to the victims of the attacks across Brussels near Place de la Bourse in Brussels. Photograph: Daniel Berehulak/The New York Times

A Briton who has been missing since the deadly terror attacks in Brussels has been confirmed dead.

The family of Briton David Dixon (53), who is originally from Hartlepool but was living in the Belgian capital, said they had received “the most terrible and devastating news”.

At least 32 people were killed and 270 injured when suicide bombs ripped through the airport and a Metro station on Tuesday morning.

A statement issued on behalf of Mr Dixon’s family said: “This morning we received the most terrible and devastating news about our beloved David. At this most painful time our family would gratefully appreciate it if we could be left alone to grieve in private. Please respect our wishes.”

A statement from the Foreign Office said: “We can confirm David Dixon lost his life in the attacks which took place in Brussels on Tuesday 22 March 2016. Our thoughts are with his family at this difficult time and our Embassy staff are continuing to support them.

Two Americans were killed in Tuesday’s suicide bombings in Brussels, a senior US official said on Friday, as US secretary of state John Kerry met with Belgian leaders and offered condolences and help following the attack.

The official did not offer specifics on where the Americans died, saying only that two had been confirmed killed.

Mr Kerry, travelling back to Washington after talks in Moscow, stopped in Belgium to demonstrate solidarity after the attacks.

“The United States is praying and grieving with you for the loved ones of those cruelly taken from us, including Americans, and for the many who were injured in these despicable attacks,” Mr Kerry said after meeting Belgian prime minister Charles Michel.

“The United States stands firmly with Belgium and with the nations of Europe in the face of this tragedy,” he said.

“We will continue to provide any assistance necessary in investigating these heinous acts of terrorism and bringing those responsible to justice,” Mr Kerry added.

Mr Michel offered his condolences for the death of the Americans, but did not elaborate. “We want to cooperate with you, do our best with you in order to face these very sensitive issues,” he said.

Bert Koenders, the Dutch foreign minister, said on Friday the victims were a woman from Deventer, in the east of the Netherlands, and a brother and sister from Limburg province, in the south, who were living in the US.

He did not give their names.

“It is terrible that these people have been killed by the arbitrariness of terror,” Mr Koenders said in a statement.

Three victims of the attacks have been named: Adelma Tapia Ruiz (37), a Peruvian chef living with her Belgian husband and twin girls in Brussels, Leopold Hecht, a 20-year-old law student at Saint-Louis University, Brussels, and Oliver Delespesse, who worked for the Federation of Wallonia-Brussels.

Belgian police have made seven arrests following the attacks at Zaventem airport and the Maelbeek metro station.

Two suspects are still believed to be on the run.

Several police raids were carried out across Brussels on Thursday evening, as prosecutors released more evidence that the attacks were carried out by the same Islamic State cell responsible for November’s carnage in Paris.