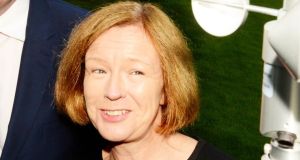 EPA director general Laura Burke: “We must implement appropriate measures across all of society and the economy to break the link between prosperity and pollution.” Photograph: Cyril Byrne/The Irish Times

A very mild winter was a significant factor in the slight decrease in greenhouse gas emissions in 2014, according to figures from the Environmental Protection Agency (EPA). The EPA’s annual report on emissions provisionally concluded they fell by 0.7 per cent last year, compared to 2013.

However, its director Laura Burke warned that Ireland’s strong economic recovery was influencing emissions. The figures for 2014 would have been higher were it not for the mild winter. Ms Burke said “significant” effort would be required if Ireland was to meet the European Union’s target of a 20 per cent reduction in emission by 2020, compared to 2005 levels.

“We cannot rely on the luck of a mild winter to ensure compliance. We must implement appropriate measures across all of society and the economy to break the link between prosperity and pollution.”

In an indication of the extent of economic recovery, emissions increased in industry, transport and waste in 2014. However, there were balancing reductions in energy, residential and agriculture sectors, which fell by 1 per cent.

The most noticeable spike was in the cement sector, with an increase of 31.4 per cent, while transport was up by 2.5 per cent. By comparison, lower heating needs in houses and apartments saw a 10.4 per cent decrease in emissions in the residential sector. Total national greenhouse gas emissions were estimated at 58.2 million tonnes carbon dioxide equivalent (Mt CO2 eq).

Based on trends target limits for 2018, 2019 and 2020 remain at risk. Last year, the EPA estimated Ireland would lower emissions by 5 per cent to 12 per cent compared to 2005. That is considerably short of the 20 per cent target.

Oisín Coghlan of Friends of the Earth said the EPA figures reaffirmed the urgency for action plans which “shockingly, the Government” has not implemented.