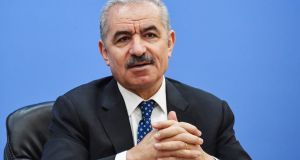 The Palestinian Authority has agreed to resume security and civil co-ordination with Israel six months after severing relations in protest against Israeli plans to annex settlements in the occupied West Bank and Jordan Valley.

Palestinian civil affairs minister Hussein al-Sheikh declared Israel had provided “oral and written commitments” that allowed for the restoration of relations. Palestinian Authority prime minister Mohammad Shtayyeh said Israel had recommitted in writing to abide by agreements reached with the PA since the Oslo Accords were signed in 1993.

Palestinian president Mahmoud Abbas explained his May decision to boycott Israel by saying annexations would torpedo the “two-state solution” envisioning the establishment of a Palestinian state alongside Israel. Annexations were suspended in August under agreement between the Emirates and Israel on normalisation of relations.

Israel seeks the return to security collaboration that entails intelligence sharing and apprehending criminals and terrorists. The cash-strapped authority desperately needs Israel – which controls land, sea and air access to the Palestinian territories – to transfer taxes and tariffs collected on behalf of the Palestinians.

While Israel’s daily Haaretz reported an Israeli defence official as saying Joe Biden’s victory in the US presidential election has provided the Palestinians with a face-saving means to resume ties, the abrupt policy shift amounts to capitulation at a time Israel has accelerated West Bank settlement construction and demolished an entire Palestinian hamlet in the Jordan Valley.

The Palestinian Authority depends on $100 million (€85 million) a month received by Israel, 60 per cent of its budget, to finance its operations and pay 180,000 civil servants, whose salaries have been halved. Accumulated revenues amounting to $890 million will provide the pandemic-hit Palestinian economy with funds to battle the coronavirus and meet obligations.

The surprise announcement coincided with reconciliation talks in Cairo between West Bank-based Fatah and Hamas, which rules Gaza. They reportedly made progress toward an agreement on presidential and parliamentary elections but resumption of the authority’s ties with Israel could revive the 14-year rift between the two.

Hamas condemned the move, saying it “goes against all agreements reached among leaders of the Palestinian factions”.

The announcement also came ahead of US secretary of state Mike Pompeo’s highly controversial visit to a West Bank Israeli settlement, as well as the Israeli-annexed Syrian Golan Heights.