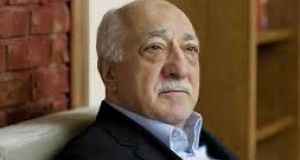 Fethullah Gülen: Police used tear gas and water cannon to disperse large crowds of his supporters gathered outside of the Zaman newspaper on March 6th.

Two days after Turkey’s top-selling newspaper was taken over by the state, it dropped its criticisms of the government and published flattering stories on Turkish president Tayyip Erdogan.

The episode is the latest twist in a long-running conflict between Mr Erdogan and US-based Islamic preacher Fethullah Gülen.

Police raided the offices of the Zaman newspaper, which is affiliated with Mr Gülen, late on Friday after a court approved a request by a prosecutor to appoint a state administrator to the daily.

The prosecutor is investigating whether funds have been diverted to Mr Gülen.

There was no mention of protests by Mr Gülen’s supporters on Friday and Saturday, when police used tear gas and water cannon to disperse large crowds gathered outside of the newspaper.

Rights groups and European officials criticised the measure, saying it infringed on press freedom in the EU candidate country.

Prime minister Ahmet Davutoglu, who is flying to Brussels for an emergency summit on refugees on Monday, rejected that charge, saying a legal process was under way to investigate illicit financing of a “terrorist” organisation and that there had been no political interference.

Mr Erdogan and Mr Davutoglu accuse Mr Gulen of plotting to topple their government in 2013 after police suspected of belonging to the religious movement leaked details of a corruption investigation into Mr Erdogan’s family and ministers.