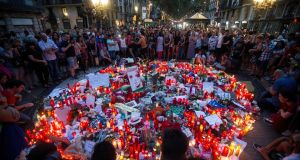 Spain’s intelligence service was closely monitoring a group of terrorists just days before they carried out deadly jihadist attacks in Barcelona two years ago, according to reports.

Fourteen people died after Younes Abouyaaquob drove a van into pedestrians on the Ramblas boulevard in Barcelona, on August 17th, 2017. As he fled from the scene, Abouyaaquob fatally stabbed another man before five members of the same terror cell drove into and killed a pedestrian in the Catalan town of Cambrils later that day. All six terrorists were eventually shot dead by police.

The fallout from the attacks led to tensions between the Spanish and Catalan governments over the handling of the situation and recriminations over how possible clues ahead of the attacks had been managed.

But the news site Público has now published information and documents that appear to show that the CNI national intelligence service was closely monitoring several of the terrorists in the build-up to the attacks. The documents, provided by the intelligence service to investigators, show that the CNI had details of trips several of the terrorists made to Switzerland, Germany, France and Belgium in December 2016, as well as information gleaned from phone conversations they had up until five days before the attacks.

Público also says that the Moroccan-born imam who is believed to have supervised the terror cell, Abdelbaki Es Satty, had been acting as an informant for the intelligence services almost up until the day of the strikes itself. According to the news site, he exchanged information with an intelligence officer by writing draft emails in an account to which they both had access.

Público surmises that the intelligence services received much of their information on the other members of the cell from the imam, as he pretended to co-operate with the authorities while keeping his own terrorist plans secret.

Es Satty was the imam of the Catalan town of Ripoll, which was home to the other members of the cell. He was killed alongside an associate, while handling explosives intended for a major bomb attack, in a house in the town of Alcanar on August 16th, 2017. Their deaths prompted the other cell members to carry out the van and car rampages the next day.

The day after the Barcelona and Cambrils attacks, the intelligence file on the imam was wiped out, according to Público.

A spokesperson for the Spanish government said it would offer “absolute co-operation” to investigations linked to the case.

Catalan president Quim Torra has described the information as “an extremely serious scandal” and called for the Spanish government to take responsibility for it. He also accused leading political parties in Madrid of trying to muzzle the case.

Barcelona mayor Ada Colau expressed particular concern at the assertion that Es Satty’s intelligence file had been wiped, saying she did not know if it was “incompetence, poor management or something worse”. Ms Colau added that “it’s important to be cautious and not feed conspiracy theories without concrete proof”.