Salah Abdeslam profile: A taste for women and fancy clothes

Lara Marlowe: Surviving perpetrator of Paris attacks had a reputation as a bon vivant 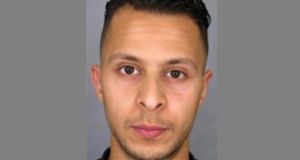 Abdeslam Salah, who was arrested by Belgian police on Friday after months on the run. Nine days before the Paris attacks, Salah and his brother Brahim Abdeslam began taking martial arts courses, apparently in training for the massacre. Photograph: AFP/Getty Images

Salah Abdeslam, the 26-year-old Frenchman arrested by Belgian police in the Brussels neighbourhood of Molenbeek, was in some ways the most mysterious of the 10 jihadists who carried out the atrocities of November 13th, 2015.

As the only surviving perpetrator of the attacks that killed 130 people, Abdeslam may clarify his own role and that played by Islamic State’s hierarchy in Raqqa, Syria.

The jihadists were divided into three distinct groups. Three blew themselves up outside the Stade de France. Three machine-gunned cafe terraces in the 10th and 11th districts, and three opened fire on concert-goers in the Bataclan concert hall.

Salah Abdeslam was initially believed to have participated in the cafe attacks. His older brother Brahim was part of that group, along with Abdelhamid Abaaoud, the planner of the attacks who was killed in a police raid on November 18th.

Brahim activated his suicide vest in the Comptoir Voltaire restaurant. It malfunctioned, killing him only.

Investigators later determined that Salah dropped the three suicide bombers off at the Stade de France, drove into Paris and abandoned his Renault Clio in the 18th district. He may have planned to blow himself up in Montmartre.

It is not clear if Salah Abdeslam’s suicide vest also malfunctioned, or if he merely decided that he wanted to live. The younger Abdeslam brother had a reputation as a bon vivant, with a taste for women and snazzy clothes.

He took the metro from northern Paris to the southern suburb of Chatillon-Montrouge, where he dumped an explosives belt in a public waste bin.

Incredibly, the car carrying Abdeslam was waved through three police checkpoints on the way back to Brussels.

Attou later told police they stopped at an outdoor market so Salah could buy new clothes, which he put on in a van at the market. He went to a barber intending to have his hair dyed, then had his head shaved instead.

Two days later, Salah Abdeslam, by now the most wanted man in Europe, escaped arrest because of a Belgian law forbidding house searches after 9pm.

Salah and Brahim Abdeslam had played a crucial logistical role in the attacks, booking the rental cars used to ferry the gunmen to the scenes of their crimes, and paying with their credit cards for the hotel rooms where the suicide vests were made.

The Abdeslams’ father, Abderrahmane, was born in Oran, Algeria, when it was still French. He and his wife Mina later moved to Bouyafar, in northeastern Morocco. In 1964, they emigrated to Belgium, where they had five children. The family travelled to the family home in Bouyafar every summer for a holiday.

Abderrahmane became a tram driver for the Belgian public company STIB. Salah worked there in maintenance from 2009 until 2011. He was fired for “prolonged absenteeism” when he was in fact in prison for robbing a tobacconist bar.

Salah applied to work at the Molenbeek town hall, like Mohamed, another brother, but was refused. The Abdeslam family lost their low-income housing in 2012, when they were found to earn more than €100,000 a year.

Salah Abdeslam forged a friendship with Abdelhamid Abaaoud when both were students at the Athénée Royal Serge Creuz school. The two friends later held up a garage in the province of Brabant.

Though Salah was the younger brother, he was the leader. He and Brahim often showed Islamic State videos in their cafe.

Abaaoud, who had become famous as one of the group’s European recruits, featured in many of them.

In June 2015, Salah grew a short beard. During summer holidays in Bouyafar, he told his cousin Boumedinenne that he wanted to “enter religion”.

“To tease him, I told him that joints don’t go down well in the mosque,” the cousin told Le Monde.

Nine days before the Paris attacks, Les Béguines was shut down by the authorities for drug dealing. Salah and Brahim Abdeslam had began taking martial arts courses, apparently in training for the Paris massacre.