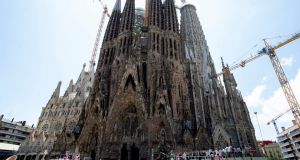 An official building permit has been issued for the unfinished Barcelona church designed by architect Antoni Gaudí – 137 years after construction started.

Barcelona City Hall said it has granted the current builders at La Sagrada Familia basilica a work permit which is valid until 2026.

Barcelona officials said the city will be paid €4.6 million in fees for the licence under an agreement negotiated with a foundation devoted to completing and preserving La Sagrada Familia.

The basilica’s first stone was laid in 1882, but Barcelona officials say there is no record showing a construction licence was ever granted – although one was requested in 1885.

However, work on the popular tourist destination has never stopped. – AP