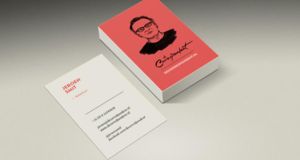 
A new quality online “newspaper” due to launch in Amsterdam in September has raised more than €1 million in just eight days from subscribers willing to pay in advance for what it describes as “slow journalism” – in-depth news analysis, entirely free of advertising.

As newspapers all over the world struggle to cut costs, increase advertising revenue and generate income using website paywalls, the backers of De Correspondent are using an entirely new model – appealing over the heads of advertisers directly to readers who value quality journalism above all.

By midday yesterday, the new news “platform” had exceeded its start-up target of €1 million through a campaign of so-called “crowd funding”, raising the cash directly from 15,754 individual subscribers so far, each of whom has paid an annual subscription of €60 in advance.

That extraordinary response means the publication has already raised more than 105 per cent of its launch costs, and with 21 days of the period allocated for fundraising still to go, now confidently expects to be significantly over-subscribed.


Subscriber count
A digital clock on the platform’s website, www.decorrespondent.nl, shows the number of subscribers as it increases, the percentage of the target reached, and the number of days remaining.

The main movers behind the project are Rob Wijnberg (31), formerly editor-in-chief of NRC Next , a daily mid-market tabloid launched in 2006, who says news is “the great unrecognised addiction of our time”, and Harald Dunnink (32), founder of the award-winning digital design agency, Momkai, based in Amsterdam.

Wijnberg and Dunnink say De Correspondent – which is due to launch on September 21st – will “hold in-depth quality journalism in higher regard than standard newsroom reporting” and will “transform subscribers into shareholders and turn away from advertisers in exchange for partners”.

The launch team says the platform will cover daily news but “will not be a slave to it”, mixing long-form journalism and analysis with podcasts and video on a custom-built platform designed for desktop, tablet and mobile use.


Rolling updates
Rather than having clearly defined daily editions, the platform, mainly in Dutch but with some English, will be updated on a rolling basis as stories develop or as analysis becomes available, and will feature “some of Europe’s best known and revered authors and writers”.

Wijnberg and Dunnink claim it is the first time anywhere in the world that so many ordinary news consumers have been willing to back such a new journalism project in its start-up phase.

They say they aim to prove that the real alternative to going downmarket in search of new readers is to go upmarket in line with their “journalistic ideals” and the demands of their “like-minded” subscribers.