IMF and Europe at loggerheads over Greece

With a deal far from done, Greek debt relief and bridging loans are obstacles 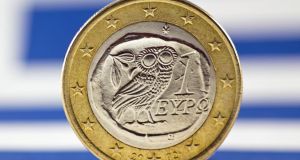 Following more than 30 hours of talks, political agreement for a third Greek bailout was agreed in the early hours of Monday morning.

Though hailed as a breakthrough, a further rescue package for Greece is by no means a done deal. While focus was on Athens yesterday as the Greek parliament voted to push through measures demanded by creditors, significant hurdles remain on the creditors’ side.

The most pressing concern is Greece’s immediate financing needs. Greece has been in arrears to the International Monetary Fund since June 30th and missed a further €450 million payment on Monday. It needs to refinance a maturing T-bill tomorrow. In addition, it faces a €3.5 billion payment to the European Central Bank next Monday. Failure to pay the ECB redemption could trigger the ECB to pull the plug on emergency funding.

In parallel to broader discussions about a third bailout, intensive talks on how to tackle Greece’s immediate financing needs have been ongoing. Already the proposal has run into difficulty, highlighting the complex negotiations that await.

Yesterday, the European Commission pressed ahead with a proposal for a €7 billion bridging loan from the European Financial Stability Mechanism (EFSM), an EU-wide fund that pre-dated the ESM, despite furious opposition from Britain. Despite the obvious risks of alienating Britain ahead of its own referendum, the proposal appears to be at odds with a 2010 agreement ruling out the EFSM for future bailout loans. European vice-president Valdis Dombrovskis conceded yesterday that agreement had not been reached on using the EFSM.

The other main barrier to a third bailout is IMF involvement. This week’s leaked report by the IMF on Greece saw the Washington-based fund reiterate its call for debt relief. But the IMF appeared to link debt reduction with its participation in a third programme, arguing the deterioration of the economy necessitated more debt cuts.

Tensions between the IMF and its euro zone partners have been evident since the first euro zone bailout more than five years ago, erupting in mid-2013 when the IMF published a damning report on the Greek bailout. It argued debt haircuts should have been imposed in 2010 but “this was not acceptable to the euro partners”, adding the decision had given private creditors a window to reduce exposures and shift the debt into official hands. In addition, the report said “it would have been better if the crisis could have been resolved within the EU/euro zone”.

ESM head Klaus Regling said on Monday he expected the IMF to participate once their arrears were paid. Officials say the question of the IMF’s involvement – opposed by Greece during the weekend talks – was settled early on Sunday night after most euro zone states, including Germany said IMF participation was a red-line issue. The ESM treaty which sets out the rules binding euro zone bailouts is vague, stating “a euro area member state requesting financial assistance from the ESM is expected to address, wherever possible, a similar request to the IMF”.

But the IMF, mindful many of its members have poorer economies than Greece, is becoming tired of its role in bailing out euro zone countries. Its hostility is not helped by Greece’s default.

Christine Lagarde was not in Donald Tusk’s office when the leaders of France, Germany and Greece thrashed out the deal, though she and her officials intervened to offer technical advice including on the €50 billion asset fund.

Whether the IMF report on Greece is a way of putting pressure on euro zone creditors to sanction debt relief, or a more serious threat to pull out of negotiations remains to be seen, but the tension between the IMF and Europe on how to handle the crisis is likely to continue.