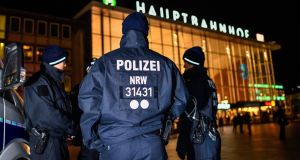 German prosecutors have offered a cash reward of €10,000 for information that could lead to the arrest of suspects in mass sexual assaults on women partying on New Year’s Eve in the city of Cologne.

More than 600 women in several cities across Germany filed complaints ranging from sexual molestation to theft in attacks on the New Year’s weekend and police investigations are focused on illegal migrants from North Africa as well as asylum-seekers.

The prosecutor’s office in Cologne said on Thursday more details about the reward for helping to find suspects would be communicated by the police this week.

German police said they had so far been able to identify 32 people suspected of roles in the violence in Cologne, including 22 who were planning to seek asylum in Germany.

But identifying perpetrators has been a challenge for police, who have been smarting from criticism that they failed to stop the attacks.

The Cologne police chief was sacked over the matter.