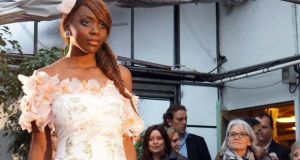 Naomi Musenga died just hours after her distress call to emergency services was mocked by the operator, prompting a public outcry and renewed calls for more funding for health services. Photograph: AFP Photo/Handout/Catherine Fabing/Courtesy of the Musenga family 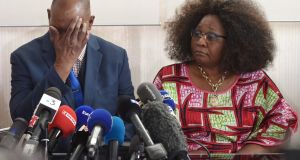 Naomi Musenga might be alive today if telephone operators for the French emergency medical call centre, Samu, had not mocked the 22-year-old African woman, then hung up on her, last December 29th.

Musenga’s family obtained the tape recording of the dead woman’s desperate call to the Service d’aide médicale urgente at the Strasbourg university hospital after repeated demands.

For the first minute and a half, two operators joke between themselves, implying that the caller, who has been placed on hold, had nothing more serious than flu. “She told me she’s ‘going to die’,” the first one says.

“Ah, for sure she’s going to die some day, that’s certain!” the second operator replies before taking the call. The exchange with Musenga lasts one minute and 20 seconds, and it is chilling. Musenga whimpers faintly and with difficulty: “Help me, Madame. Help me.”

“What’s going on?” the operator snaps. “If you don’t tell me what’s happening I’ll hang up.”

“So call your doctor. Okay. Or call SOS Médecins.”

“You can’t? Oh no. You can call the fire department, but you can’t.”

It took Musenga five hours to reach SOS Médecins, who sent an ambulance. She died in hospital, 6½ hours after calling Samu.

Musenga’s death became a national scandal this week, when the Strasbourg tribunal opened an investigation for “failure to assist a person in danger” and Musenga’s family held a press conference.

Health minister Agnès Buzyn said she was “profoundly indignant at the circumstances” of Musenga’s death and assured the family of “my total support”.

The family were sad and dignified at their May 10th press conference. “We want justice to be done. That is our first concern for this child who everyone loved,” said her father, Polycarpe Musenga.

“What killed my daughter?” asked Bablyne Musenga, a professional care-giver.

It took weeks to obtain the recording, but Louange Musenga, the sister of the deceased, was reluctant to listen to it. “After my mother heard it, she was shaking. She couldn’t sleep. She couldn’t stop weeping. Every time we listened, it was like hearing Naomi die again... Naomi was a great girl, strong and courageous. She wanted to go back to school, She was raising her little daughter alone. We don’t understand how she died in one day.”

The post mortem was performed on January 3rd, five days after Musenga’s death. It recorded that her organs were “in an advanced state of putrefaction” and that she died of “multiple organ failure after massive haemorrhage”.

The hospital did not talk to the family until a week after a local news magazine, Heb’di, published the story on April 27th. The hospital had refused to answer questions from the news magazine.

Christophe Gautier, the director of Strasbourg hospitals, said the telephone operator had ten years experience, and had worked on an ambulance for 20 years before that. “She is very upset, like all of us,” he said.

Gautier said the hospital’s internal investigation is is leaning towards “personal fault”. Had the operator observed standard procedure, she would have transferred the call to a doctor. Initial speculation suggested she might have been overworked or exhausted, but she had just returned from a two-week holiday. She did not dispute the recording, or the handwritten note on the hospital’s admission sheet: “Samu laughed, told her to call SOS Médecins and hung up.”

The heads of two national associations of emergency medical personnel have requested a meeting with the health minister to discuss what they claim is understaffing of emergency call centres.

Musenga’s death has revived the case of Maxime Van Gertruy, who died of a massive heart attack a decade ago, when he was 23. Van Gertruy’s companion pleaded for an ambulance while he screamed in agony. “It’s just a side-ache. Give him an aspirin, put him in the car and bring him to the emergency room,” the Samu doctor told her.