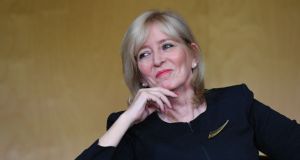 European Ombudsman Emily O’Reilly said on Tuesday that transparency – or the lack of it – in the workings of the EU administration is now the key challenge her office faces.

Ms O’Reilly rejected the blanket assertion by EU institutions in many of the cases that greater openness would jeopardise the decision-making process.

“Wider access to documents is crucial to ensure that EU citizens can exercise their treaty-based right to participate in the democratic life of the union,” the ombudsman said in a ruling involving the refusal of the European Commission to publish details of which way individual member states voted on a decision about pesticide risks to bees.

“In 2013 the European Food Safety Authority produced guidelines on the impact of pesticides on bees. However, some national authorities are blocking their implementation by the commission,” Ms O’Reilly told journalists at the publication of her annual report.

“This is entirely their decision, but when they make it, European citizens have a right to know the position their own government took, just as they should at member state level. Biodiversity is a particularly important issue,” she said.

The ombudsman also ruled that the veil should be lifted on member states’ voting records in the important working committees that prepare Eurogroup meetings and in the annual voting on fishing quotas. In each of the cases she is awaiting confirmation from the institutions that they will comply with her recommendation.

Ms O’Reilly said her office had recorded compliance rates by the institutions with its non-mandatory proposals, at 81 per cent in 2017. It could be higher, she said, warning that the refusal of the commission, for example, to accept her findings of maladministration in the controversial promotion of its secretary general, Martin Selmayr, provided powerful ammunition for Eurosceptic campaigners.

Some 58 per cent of complaints were about the conduct of the commission, while of the files that were closed, a quarter were about transparency and a fifth about the culture of services – politeness, timeliness and language.

Some 490 inquiries were opened, the highest ever number, with the ombudsman finding no maladministration in half the cases. Four in five were settled by the institution concerned and in only one in 20 cases was a finding of maladministration recorded.

Ms O’Reilly, currently the most senior ranking Irish official in the European institutions, also confirmed that she was hoping to see her mandate as ombudsman renewed for a second five-year term. The new European Parliament will vote on nominations this autumn.