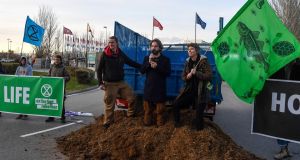 A handful of big, carbon-emitting states resisted pressure to ramp up ambitions to combat global warming and reform carbon trading to the very end as UN climate talks ground to a delayed close in Madrid on Sunday.

The summit, attended by almost 200 global leaders, endorsed only a modest declaration on the “urgent need” to close the gap between existing emissions pledges and temperature goals of the landmark 2015 Paris Agreement coming into force next year.

The COP25 talks were viewed as a test of governments’ collective will to heed the latest warnings of scientists and cut emissions more rapidly to prevent rising global temperatures from hitting irreversible tipping points.

“We are of mixed emotions,” said Carolina Schmidt, Chile’s environment minister who chaired the talks, after final decisions were made.

Many developing countries and campaigners had wanted to see much more explicit language spelling out the importance of countries submitting bolder pledges on emissions as the Paris process enters a crucial implementation phase.

Key decisions on reform of global carbon markets and on funding for countries most vulnerable to global warming were pushed into COP26 in Glasgow next year.

After two weeks of negotiations and a weekend of continuous talks, efforts to scale up ambition achieved some progress but not enough.

Agreeing a rulebook with reform of carbon trading to end loopholes availed of by big emitting economies had topped the agenda. Tied into this was supposed to be agreement on funding from wealthy countries that would funnel at least $138 billion (€124bn) a year into green projects in developing countries.

But the EU and Japan, which helped make some progress, felt no deal was better than a bad deal. Brazil, China, Australia, Saudi Arabia and the US had led resistance to bolder action, delegates said.

There was insufficient clarity to end “doubling counting” of carbon credits and to put in place market mechanisms reflecting the environmental integrity of the pact and protecting human rights including those of indigenous peoples.

Developing countries and low-lying countries expressed major disappointment at failure to progress long-term climate finance to help the most vulnerable states withstand climate shocks. The finance was due to come from the developed world, which is most responsible for global emissions.

“These talks reflect how disconnected country leaders are from the urgency of the science and the demands of their citizens in the streets,” said Helen Mountford, vice president of the World Resources Institute. “They need to wake up in 2020.”

The Pacific island of Tuvalu accused the US, which began withdrawing from the Paris process last month, of blocking progress. “There are millions of people all around the world who are already suffering from the impacts of climate change,” its representative Ian Fry told delegates. “Denying this fact could be interpreted by some to be a crime against humanity.”

Many participants expressed outrage at the unwillingness of major polluters to show ambition commensurate with the gravity of the climate crisis following a year of record temperatures, wildfires, cyclones, droughts and extreme floods.

“At a time when scientists are queuing up to warn about terrifying consequences if emissions keep rising, and school children are taking to the streets in their millions, what we have here in Madrid is a betrayal of people across the world,” said Mohamed Adow, director of Power Shift Africa, a climate and energy think-tank in Nairobi.

The extent of the impasse was clear throughout Saturday when Finland’s environment minister Krista Mikkonen, speaking on behalf of the EU, said it would be “impossible to leave” without agreeing a “strong message” on the need to redouble pledges to cut emissions next year, when the Paris deal enters a crucial phase.

“This is something that the outside expects from us and we need to hear their calls,” she added.

Bhutan’s Sonam Phuntsho Wangdi, who chairs the bloc of Least Developed Countries, backed the EU position, adding he could not “face our peoples back at home” without a stronger outcome to protect the world from the worst impacts of climate change.