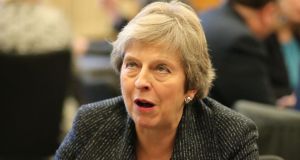 Labour has accused Theresa May’s government of defying the will of Parliament by refusing to publish the full legal advice ministers received about the Brexit deal, including the Northern Ireland backstop.

MPs voted unanimously this month to instruct the government to share with them “any legal advice in full”on the deal, including that given by attorney general Geoffrey Cox.

The prime minister’s officials spokesman said on Tuesday, however, that MPs would only see “a full reasoned position statement” laying out the government’s political and legal position on the withdrawal agreement.

This conforms with a statement made in the House by cabinet office secretary David Lidington but falls short of what the Commons motion demanded.

Labour’s shadow Brexit secretary Keir Starmer said his party would use every parliamentary mechanism available to force the government to publish the full legal advice.

“It’s completely unacceptable for Number 10 to point-blank refuse to publish the full legal advice on the withdrawal agreement. Parliament was very clear in what it was demanding – and that view was shared by MPs from all sides of the House. The government didn’t oppose what it knew to be a binding motion. If ministers continue to dig-in, then Labour will use all the mechanisms available to force this information to be published,” he said.

‘Worst of all worlds’

Downing Street was briefing Conservative MPs on the Brexit deal on Tuesday night as backbench opposition to the agreement continued to grow. Former defence secretary Michael Fallon said on Tuesday that he would vote against the deal, which he described as doomed.

“My fear is that this deal gives us the worst of all worlds. No guarantee of smooth trade in the future and no ability to reduce the tariffs that we need to conclude trade deals with the rest of the world,” he told the BBC.

“So, unless the House of Commons can be persuaded somehow that those are possible then I think, yes, the deal is doomed.”

During a visit to Wales on Tuesday, the prime minister pushed back against Donald Trump’s warning that the Brexit deal would make it impossible for Britain to negotiate a trade deal with the United States.

“As regards the United States, we have already been talking to them about the sort of agreement that we could have in the future. We have a working group set up and that is working very well, has met several times and is continuing to work with the US on this,” she said.

Mrs May rejected a suggestion from DUP leader Arlene Foster that she had rolled over during the negotiations with the EU on the Brexit deal.

“No, we have been resisting many of the things that the European Union wanted to put in this deal. When you negotiate neither side gets 100 per cent of what they want,” she said.