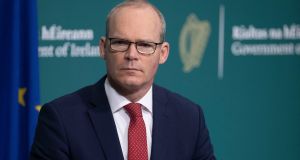 Ireland is set to be awarded more than €1 billion as part of a European Union fund to offset the impact of Brexit.

The State’s allocation is around one quarter of the total amount to be paid out of the Brexit Adjustment Reserve Fund this year.

Minister for Foriegn Affairs Simon Coveney said on Tuesday night that he was “pleased to announce” that Ireland had been awarded €1.051 billion from the fund, which has an overall budget of €5.4 billion, some €4.2 billion of which will be awarded this year. The provisional allocation still needs to be rubber stamped in Brussles, but this is not expected to be an issue.

The fund was established last year as part of the negotiations on the EU Recovery Fund, which has been set up in response to the pandemic.

Designed to assist countries worst affected by the UK’s departure from the EU, Ireland was always expected to be a significant benficiary of the Brexit fund.

In addition to the allocation for this year, more money is likely to be received in 2024 when the remainder of the fund is allocated.

Despite the trade deal between the EU and UK, Brexit is set to disrupt Irish exports and reduce economic growth. Some €5.5 billion was set aside in Budget 2021 for Brexit and Covid, and the EU funding will help to reduce the burden of these issue on the Irish exchequer.

Among other things, it is designed to help regions and communities dependent on fishing in UK waters. Ireland will lose up to 15 per cent of its EU quota arising from Brexit.

The fund is designed to support sectors with short-time work schemes, re-skilling and training, as well as supporting efforts to ensure the functioning of border, customs and other controls, authorisation and security.

Mr Coveney flagged concerns at Cabinet on Tuesday over the continuing failure of some truckers to comply with Brexit-related paperwork obligations, which is causing issues at Ireland’s ports of entry.

Sources said the issue is currently under control as trade volumes are exceptionally low at this time of year, which is further aided by the fact that many traders had stockpiled goods in December to offset the risk of Britain leaving the European Union without a trade deal.

However, while the sizable majority of goods are fully checked and sent through the so-called “green route”, a source said there is now a “trend of people not engaging with their paperwork or obligations”.

Ministers were told of the need for companies to engage with the problem, with a fear that individual companies have “switched off” to the impacts of Brexit. The issue was among the reasons why customs arrangements for businesses importing goods from Britain were temporarily eased last week.

Sources cautioned, however, that while this measure was suitable as a once-off step, it could not be repeated going forward.

The Goverment has put in place a range of finance and loan schemes to deal with the impact of Brexit. These include measures to help companies deal with the initial impact on cash flow and to develop new markets outside of the UK.