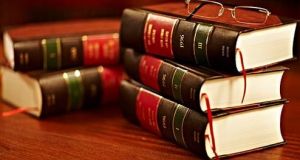 The advice from the European Commission is that companies need to be very careful about choosing to resolve legal disputes in English courts after January 2021. Photograph: Getty Images

The sabre-rattling by the UK government over the Northern Ireland protocol has again brought the debate about the future arrangements between the EU and the UK into sharp focus. But no matter what happens, the UK is now regarded as a “third country”. This means that it is no longer part of the EU “legal order”. Whilst the Withdrawal Agreement preserves some elements of the status quo, things are about to change dramatically.

Late last month the European Commission put some flesh on the bones of this when it published a notice about the effect on the EU legal system of Brexit and the consequences for individuals and companies.

The impact will be significant. The commission has pointed out there may be major problems with the enforcement of judicial decisions in areas like family law, extradition and cross-border contracts.

As things stand a UK divorce (and related orders) obtained after January next may not be automatically recognised in Ireland. A debt owed by someone in the UK will be harder to pursue.

Even a limited trade agreement between the EU and the UK if concluded would create a relationship which in terms of market access conditions will be very different from the UK’s participation in the internal market, in the EU Customs Union, and in the VAT and excise duty area.

More significant is the fact that legal contracts between EU companies and UK companies will not easily be enforced. The formal advice from the commission is that companies need to be very careful about choosing to resolve disputes in the English (or UK) courts after January 2021. Parties are advised to seek legal advice.

London’s status as a centre for EU legal services will inevitably decline. In 2018 the export value to the UK of the legal services market had increased to almost €7 billion, while the value of international business is far higher.

In the same year of over 800 claims in the London Commercial Court, 75 per cent involved at least one party from outside the UK; a staggering 53 per cent were cases where all parties involved had no connection with the UK.

The prominence of London in international legal services did not occur by accident, but as a result of co-ordinated marketing and investment over 40 years by the professions, the City and the UK government. More recently Singapore has adopted a similar approach, with spectacular results.

In January 2018, the Financial Times noted that Ireland was poised to take advantage of its status as a common-law jurisdiction integrated into the EU. That we are English speaking, pro-business and have an efficient Commercial Court underpins that status.

France, Germany and the Netherlands have tried to establish English language or common-law dispute systems, but none have our obvious advantage.

The case for promoting the use of Irish law is irrefutable

Ireland also has a large pool of highly specialised lawyers in areas like information technology, financial services, aviation leasing and arbitration. Many Irish barristers and solicitors are qualified UK lawyers, and vice versa.

Regulatory bodies have also moved. The global swaps and derivatives market now has a master agreement providing for Irish law to be used. The European Central Bank has warned that regulatory obligations will be required to be enforced in member state courts (i.e. not the UK). In areas like financial market instruments and fund management, EU member state law is required.

Although Ireland is now the only full common-law system within the EU, the Government should be alive to the effect on that system of the UK departure.

The common law is evident in many EU measures, and some features of the EU legal system – including procedures before the EU courts – reflect the benefits of our system. The Government should remain vigilant to ensure the preservation of the common law at EU level.

The government moved last year to establish an implementation group to market Irish law. The UK departure is bad news for Ireland. There are few enough areas in the economy that stand to benefit. The opening of offices in Dublin by global law firms is an indication of the strength of this export market, and of the benefit to our economy.

Although the pandemic has obviously had an effect, the case for promoting the use of Irish law is irrefutable.