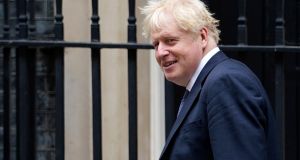 Prospects of a trade deal between Britain and the European Union dimmed to a flicker last night after London admitted that it plans to break international law by overriding the withdrawal agreement Boris Johnson signed last year.

Northern Ireland secretary Brandon Lewis told the House of Commons that the internal markets Bill to be published on Wednesday will see Britain reneging on its treaty commitment to the EU.

“There are clear precedents for the UK, and indeed other countries, needing to consider their international obligations as circumstances change.”

The internal markets Bill to be introduced on Wednesday and a finance Bill planned for later this year will give British ministers the power to decide which goods moving from Great Britain to Northern Ireland are at risk of proceeding into the EU single market and whether goods moving in the other direction should require an export declaration. The legislation will also limit the scope of EU state aid rules to ensure they do not have an impact on the UK beyond Northern Ireland.

The British government’s chief legal adviser, Jonathan Jones, resigned in protest against the move and former prime minister Theresa May was among a number of Conservative MPs to condemn it.

Minister for Foreign Affairs Simon Coveney told the Dáil that any unilateral departure by from the terms of the withdrawal agreement could seriously erode and damage political trust not only in the negotiations but within Northern Ireland at a time of extreme sensitivity.

“While we still await publication of the legislation, earlier this week we raised media reports and briefings on this issue with the UK through diplomatic and official channels. We expressed our concern at these reports. My concerns have been exacerbated by the additional comments deliberately made in the House of Commons today openly committing the UK government to break international law,” he said.

British and EU negotiators began an eighth round of negotiations about their future relationship in London on Tuesday, with both sides warning that time was running out.

President of the European Parliament David Sassoli said after a meeting with the EU’s chief negotiator, Michel Barnier, that he was deeply worried at the lack of progress in the talks.

“We fully expect the United Kingdom to honour the responsibilities that it negotiated and signed up to last year, especially in regard to the rights of citizens and Northern Ireland,” Mr Sassoli said.

“Any attempt by the United Kingdom to undermine the agreement would naturally have serious consequences.”

Sinn Féin MP Chris Hazzard said the British government had shown a disregard for the North and now appeared to be set to remove the only safety net under Brexit by undermining and hollowing out the protocol.

“The withdrawal agreement is an international agreement and it must be maintained and protected in order to protect our economy and our peace agreements.”

But DUP MP Sammy Wilson said he was pleased that the British government was open to changes to the protocol, adding “we will judge the legislation on its impact rather than the headlines and speculation”.