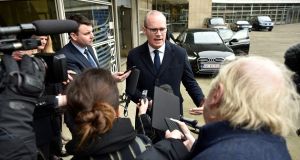 Boris Johnson has suffered his first defeat in parliament since last month’s UK general election, with the House of Lords backing an opposition amendment to the Withdrawal Agreement Bill. Peers voted by 270 votes to 229 to ensure that EU nationals living in Britain after Brexit should receive a physical document showing they had a right to live there.

The government insists that the document should be in electronic form only and the amendment is certain to be overturned when the Bill returns to the Commons, where the Conservatives have an 80-seat majority.

The defeat came as the European Commission said it will not be ready to start talks with Britain on a future partnership before the end of February. Boris Johnson’s official spokesman said Britain was ready to start negotiating immediately after Brexit, adding that the EU had agreed in the political declaration accompanying the withdrawal agreement that a deal should be agreed by the end of 2020.

The spokesman said the prime minister had made clear to commission president Ursula von der Leyen that Britain was seeking a Canada-style free trade agreement with no alignment with EU rules, a position that was set out in the Conservative manifesto.

“When we leave the EU, we will have control over our rules and laws. We will no longer be a rule-taker,” he said.

“It means no alignment and it means the British government will have full control over its own rules.”

Speaking to journalists in Brussels on Monday, Tánaiste Simon Coveney said that “level playing field” concerns are at the heart of EU priorities in the trade talks with the UK.

“There is no way that the EU will ever sign up to a trade deal that allows tariff-free, quota-free and frictionless access to UK goods coming in to the EU if there isn’t a level playing field in terms of how they are produced,” he said.

Mr Coveney was in Brussels for a meeting of EU foreign ministers and met EU chief Brexit negotiator Michel Barnier for what were described as routine discussions.

The talks focused on Irish priorities in the drafting of the mandate for EU negotiators in the future-relationship negotiations with the UK that will open once the UK leaves the EU formally on February 1st , and on ensuring that the mechanisms for the full implementation of the Northern Ireland protocol of the withdrawal agreement are being put in place in time for the end of the UK transition at the end of December.

Crucially that involves the arrangements that the UK must put in place to check goods and animals crossing the Irish Sea but which British prime minister Boris Johnson appears to be saying will not be necessary.