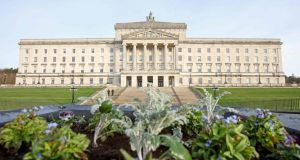 Boris Johnson has welcomed the decision by Northern Ireland’s parties to restore the Executive and Assembly on the basis of proposals negotiated by the British and Irish governments.

“This is a great step forwards for the people of Northern Ireland and for restoring public confidence in stable devolved government and delivering much-needed reforms to public services,” the prime minister said.

Labour leader Jeremy Corbyn welcomed the restoration of the Stormont institutions, stressing his party’s role in the peace process over decades.

“I congratulate those in Northern Ireland who have worked to reach agreement to allow a return to power sharing at Stormont. The Good Friday Agreement and peace process in Northern Ireland is a proud Labour legacy we are committed to support and protect,” he said.

This is a great step forwards for the people of Northern Ireland and for restoring public confidence in stable devolved Government and delivering much needed reforms to public services.

Labour’s shadow Northern Ireland secretary Tony Lloyd said the party would back legislation at Westminster in support of the Stormont deal.

“We all hoped to see Northern Ireland returned to the pathway and principles outlined in the Good Friday Agreement, for public services and particularly the NHS. We are all delighted to see Northern Ireland’s political leaders reach a compromise. The Labour Party will support any legislation to ensure a Stormont government returns and thrives,” he said.

The Stormont deal includes a commitment from the British government to pass legislation guaranteeing “unfettered access” for Northern Ireland businesses to the market in the rest of the United Kingdom. But in a report published on Friday, the House of Lords EU Committee said it remained unclear how such market access can be guaranteed.

“In our view, as part of Northern Ireland’s obligations under the Protocol to apply the EU’s customs code, exit summary declarations are likely to be required for goods moving from Northern Ireland to Great Britain, unless and until the parties agree alternative arrangements to facilitate the movement of such goods. Although this requirement will be far less onerous that the requirements applying to goods moving in the other direction, it will have an economic cost for Northern Ireland-based businesses.”