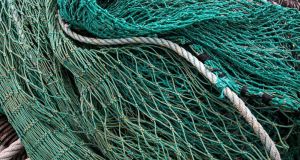 Britain’s proposal to take back 80 per cent of EU fish caught in UK waters post-Brexit is “very concerning,” Minister for Agriculture, Food and the Marine Charlie McConalogue has said. Photograph: Sam Boal/RollingNews.ie

Britain’s proposal to take back 80 per cent of EU fish caught in UK waters post-Brexit is “very concerning,” Minister for Agriculture, Food and the Marine Charlie McConalogue has said.

The Minister told an Oireachtas committee he had “no further detail” on fishing stocks affected by the counter-proposal from EU’s chief Brexit negotiator Michel Barnier to offer 15 to 18 per cent.

Fishing is one of the few issues still dividing EU and UK negotiators in brokering a free trade agreement to avoid a no-deal Brexit before the standstill transition period ends on December 31st.

The Irish fishing fleet catches about a third of its fish every year in UK waters, including more than 60 per cent of the mackerel caught by Irish boats, so continued access is vital for the industry.

Mr McConalogue told the Oireachtas committee on agriculture, food and the marine that the Government was still pushing for continued access and quotas – the system that shares out stocks based on a percentage of each species – that the Irish fleet currently has in British waters.

He said that the Government and seven other EU coastal member states were still hoping that Mr Barnier could use other areas falling under a free trade agreement with the UK as “leverage” to allow EU boats to continue to fish British waters with the same share of fish caught every year.

“We very much trust Mr Barnier will fight hard and has been fighting hard in that regard. It is going to be really important over the next couple of days,” said Mr McConalogue.

The minister said the UK’s offer “would have a very significant impact on our fishing fleet”.

Britain’s demand within the EU-UK trade negotiations for annual talks on access to UK waters and quotas would also cause “very significant instability” for the Irish fishing sector and put it strategically “in a very vulnerable position”, he said.

Mr McConalogue said that a no trade deal Brexit would be “very damaging” to Irish fishing.

Sinn Féin TD Pádraig McLochlainn said that the UK’s proposed offer would be “absolutely devastating” and even the EU’s offer “has gone down very badly in the fishing sector here”.

Under such a deal, the EU’s common fisheries policy would have to be renegotiated for Irish waters, he said. He expressed “huge concerns” about what will happen to European fishing fleets displaced from British waters should their access be cut off after Brexit takes effect on January 1st.

Mr McConalogue said the EU’s fisheries policy would be reviewed in 2021 and 2022.

Fine Gael senator Tim Lombard described the EU-UK negotiations over the next fortnight “as the most important 14 days for the Irish fishing industry in probably a generation”.

Paul Kehoe, Fine Gael TD for Wexford, said the fallout from the UK’s proposal would have a bigger impact on fishing in the southeast given the huge cost boats based at Kilmore Quay faced if they have to fish on the western seaboard in the event that access to UK waters ends.

“It is a huge concern in small, rural communities that depend on the fishing industry,” he said.