China urges North Korea and US to ‘meet halfway’ on denuclearisation

North Korea’s image has softened but is there any real change?

Despite warmer US-Korean links, Pyongyang is stalling on denuclearisation

No one can dictate reform policy to China, says Xi

The New Silk Roads: the Present and Future of the World review

Peter Frankopan reveals how, away from Trump and Brexit, the globe is being recast

US and China hold high-level talks to resolve trade conflict

China targets dark side of the moon with space probe

China launches first mission to the dark side of the moon

Changing political environment may not be entirely to Huawei’s advantage

China confident of full trade deal after truce with US

China warns US after warships sail through Taiwan Strait

Taiwan the ‘most important and sensitive issue’ between US and China, Beijing says

China vows to retaliate if US imposes sanctions over Xinjiang

China defends exit ban on US children of alleged fraudster

Taiwan voters must choose between mainland and patriotism

The Chinese president channels early struggles into ascent to leadership

Mountains flattened as Lanzhou builds on the New Silk Road

China rising: The country is set to take its place as a superpower

China calls for global goal of ‘fair and equitable’ internet

Authorities are trying to navigate through numerous challenges, including a trade war

Comments come as relations between biggest economies continue to worsen

China has record trade surplus with US in September

China says accusations against alleged spy ‘made out of thin air’

After debate on regulating vaping, Hong Kong’s leader goes straight for a ban

Destroyer came within 40m of USS Decatur in ‘unprofessional manoeuvre’, says US military

China sees 14% rise in people living with HIV and Aids

The number of cases rises sharply this year to 820,000 people

China’s top naval officer cancels talks with US top brass over US decision to impose sanctions for China’s purchase of Russian wea(...)

Propaganda rebranded as state publicity as Xi lays down the line

China: How to look after the world’s fastest ageing population

Twenty-five years after the end of a rabies-inspired ban, dog ownership is booming

Beijing Letter: Election of bishops a key to power struggle for China’s Catholics

Beijing regards the Church of Almighty God as a dangerous cult

China steps up pressure on Uighurs with re-education camps

South and North Korea to hold third summit amid pessimism

Talks take place amid US frustration at slow pace of denuclearisation

Bicycle-sharing dream has soured in China

Beijing a city transformed a decade after landmark Olympics

Beijing Letter: the 2008 games left a mixed legacy for the residents of the Chinese capital

North Korea and US spar over lack of progress on denuclearisation

The world's busiest beach is at jam-packed Dalian in China

Beaches of the World: As China rises, Fujiazhuang beach lifestyle is hectic but cool

China vows to impose tariffs on $60bn of US imports

Remains of US soldiers killed in North Korea repatriated to Hawaii

Standing up to China: Biden seeks allies’ support in contest with Beijing

Uncertainty as to truth enables Sturgeon to survive grilling

Five weeks after Germany said the AstraZeneca vaccine was not for over-65s, 84% of the vaccine delivered is unused in freezers 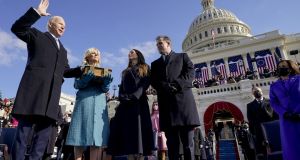 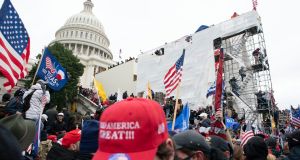