China Cables: More than a million people detained against their will in Chinese province 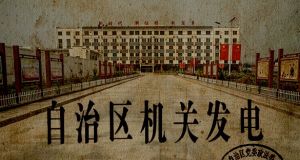 Leaked classified documents issued by a top Chinese Communist Party official show how the inmates of controversial camps in Xinjiang province must undergo “ideological transformation” before being released, and are at all times to be kept under video surveillance and behind double-locked doors.

International observers estimate a million, and possibly up to 1.5 million, people from the Uighur and other Turkic ethnic groups in Xinjiang, most of whom are Muslims, are being held in the camps which the Beijing government has said are educational facilities with a “boarding school” ethos.

The leaked documents – the China Cables – were given to the International Consortium of Investigative Journalists (ICIJ) and shared with a number of media partners, including The Irish Times.

They show conclusively that contrary to what has been claimed by the Chinese authorities, the people in the camps are being held against their will.

In one document, the then party head of security in the province, Zhu Hailun, sets out how the inmates have to be in the camps for at least a year, and must achieve the necessary “scores” for education, training, ideological transformation, compliance and discipline, before being considered suitable for release.

Even then, Zhu instructs regional party bosses, the inmates are not to be freed but are rather to undergo at least three to six months of “intensive skills training”.

Adrian Zenz, an expert on what is happening in Xinjiang, told the ICIJ that factories are being built alongside the camps and that forced labour is being used to produce goods that may be exported to the West.

Asked to comment, the Chinese ambassador to Ireland, He Xiangdong, said in a statement that thanks to the “preventive counter-terrorism and de-radicalisation efforts, including establishing Vocational Education and Training Centers, Xinjiang, a place that once suffered gravely from terrorism, hasn’t seen a single violent, terrorist incident over the past three years.”

“We will continue to implement our Xinjiang policy and ensure Xinjiang’s sound development,” the ambassador said. “The most powerful response to certain media reports is Xinjiang’s lasting prosperity, stability, ethnic solidarity and social harmony.”

Another of the leaked documents, again written by Zhu, confirms that China’s international diplomatic network is being used as part of the campaign of repression against the Turkic people in Xinjiang.

“In the future, apart from those verified by public security organs, for any person originally from Xinjiang who obtains foreign nationality or a foreign passport, applies for a visa at our Chinese embassies or consulates abroad, or for any Xinjiang people who apply for replacements of valid documents at our Chinese embassies or consulates abroad”, inquiries are to be carried out and “for those for whom suspected terrorism cannot be ruled out”, they are to be arrested when the arrive at China’s borders.

The strategy is to eliminate dissent, enforce loyalty to the Chinese Communist Party via indoctrination camps and other coercive methods

The leaked documents were reviewed for The Irish Times by UCD political scientist Alexander Dukalskis, who lectures on China.

“The aim is to destroy any possibility of serious opposition to the government in Xinjiang by Uighurs, forever. This sounds exaggerated, but there is really no other way to put it.

“The strategy is to eliminate dissent, enforce loyalty to the Chinese Communist Party via indoctrination camps and other coercive methods, and to stamp out the independent practice of Islam and Uighur culture.”

David O’Brien, an expert on Xinjiang who is from Ireland and now lives and lectures in Germany, said the many friends and contacts he had from his visits to the province over the years have gone silent.

“All of us would have seen our friends there just go quiet. That’s the reality of it. It’s pretty chilling stuff.”

What is happening in Xinjiang, he said, is being driven by Beijing and may not be popular with the local party members implementing the policy.

In his instructions, Zhu, under the heading “build a strong team”, says there should be the “strongest leaders, the strongest cadres and the strongest security forces” in the camps, and that camp operators should strive to build a team that is “politically strong, brave in action, committed and dedicated, and have an excellent work style”.

“Low-quality team members” and those with a “low sense of responsibility” are to be replaced over time, he told the regional party bosses.