Body of Nóra Quoirin claimed by family for repatriation 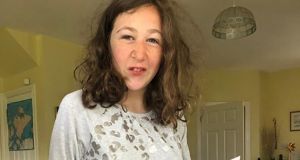 The body of Franco-Irish teenager Nóra Quoirin has been claimed by her family and the Lucie Blackman Trust is assisting with repatriation of the body to England.

The teenager, who had special needs, disappeared from the jungle resort of Dusun, 63km outside the Malaysian capital of Kuala Lumpur, on Sunday August 4th. She was on holiday at the resort with her family.

The police chief of Negeri Sembilan, Mohamad Mat Yusop, confirmed that Nóra’s body was claimed from the Tuanku Ja’afar Hospital in Seremban.

The Lucie Blackman Trust said it was arranging repatriation of Nóra’s body and no further information concerning this, including dates or destinations, would be released at this point.

The Irish embassy will be helping the Quoirin family to prepare documentation for the repatriation of Nóra’s body.

The New Straits Times quoted Mr Mohamad as saying: “I was just informed by the officers in the hospital that the body has just been claimed.”

The Lucie Blackman Trust said today that Nora’s family are concerned about “unhelpful” comments that are being reported in the media and urged reporters to rely on statements and comments coming from the trust.

Referring to comments that have been attributed to the family or to people claiming to act on behalf of the family, the trust said: “They wish it to be made absolutely clear that the only comments and statements relating to the disappearance, death, investigation and any other matters that are actually from the family are those released via Matthew Searle of the Lucie Blackman Trust.

“Nóra’s family are concerned that continued reporting of comments such as those recently reported are unhelpful and may hinder any investigations, as well as causing confusion and distress for them.”

The family have only appointed Matthew Searle to act as a spokesman for them, the trust said.

“Any other comments and views are those of the speaker and do not necessarily reflect the views of the immediate family or an accurate portrayal of the facts.”

“The family urge media to rely on Lucie Blackman Trust statements and comments only from now on. The charity will release updates and statements when appropriate.”

On Thursday, Malaysian police announced the results of the ten-hour postmortem on Nóra’s body and said there was no evidence of foul play.

Mr Mohamad: “The cause of death was upper gastrointestinal bleeding due to a duodenal ulcer complicated with perforation.”

There was no evidence to indicate that Nóra was abducted or raped, he said.

The bleeding in Nora’s intestine could have been caused by prolonged hunger and stress, Mr Mohamad said.

He added that the pathologists dated Nóra’s death as two or three days before her body was found.

Police chief Mr Mohamad said: “From Nóra’s body, it can be confirmed that she had been dead for two or three days, not more than four days.”

Nóra’s family issued a statement yesterday, saying they will now be bringing her home “where she will finally be laid to rest, close to her loving families in France and Ireland”.

The Quoirin family live in London and will be bringing Nóra’s body back to England.

The family said: “The initial postmortem results have given some information that help us to understand Nóra’s cause of death. But our beautiful, innocent girl died in extremely complex circumstances and we are hoping that soon we will have more answers to our many questions.

“We are still struggling to understand the events of the last 10 days.”

The relatives added: “Today the deputy prime minister of Malaysia and the minister for the state paid their respects to our family. We had the opportunity to thank them for everything that the Malaysian government, police, search-and-rescue teams, local people, and volunteers have done to help us.

“Tragically, as we know, this wasn’t enough to save Nóra.

“We would like to thank the Malaysian authorities for their ongoing support and cooperation with international governments and police as the criminal and missing persons investigations continue.”

The Lucie Blackman Trust said that ongoing investigations in France would continue “as is standard practice in overseas cases involving French citizens”.

The trust added: “Whilst investigations are underway we continue to urge an end to public speculation.

“The police hotline remains open, and the family are still seeking any information from the public that can help to provide clarity on the events of the last 10 days.

“The Lucie Blackman Trust will continue to support the family for as long as they need it with practical support such as repatriation and any other support required.”

The charity confirmed that no payments were made in respect of the reward in connection with the discovery of Nóra’s body.

A reward of 50,000 Malaysian ringgit (about €10,800) had been offered the day before Nóra’s body was found. The money was donated by an anonymous Belfast-based business.

Nóra and her family checked in to the Dusun holiday resort near Seremban on August 3rd and her father found the next morning that she was missing from the bedroom she was sharing with her two younger siblings.

Her body was found by hikers on the 10th day of a massive search. It was found unclothed, near a stream, in a very inaccessible, hilly area that had already been covered in the search-and-rescue operation.