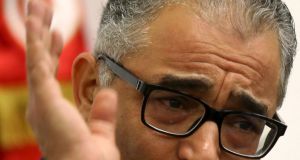 Sixteen Tunisian lawmakers from president Beji Caid Essebsi’s Nidaa Tounes party resigned yesterday over a dispute involving his son in a move that may allow Islamist rivals to become the main parliamentary power.

The resignations deepened a split between two wings in Nidaa Tounes just days after its secretary general, Mohsen Marzouk, said he would break away and form a new political movement over accusations Mr Essebsi’s son was trying to control the party. The rift in Nidaa Tounes comes at a delicate time as the north African state struggles to contain jihadist violence and encourage economic growth. – (Reuters)