EU study finds Ireland has one of highest rates of cyberbullying; highest level of binge drinking 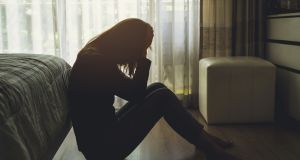 Young women aged 15-24 in the majority of EU states were found to be more likely to suffer depression than their male peers. Photograph: iStock

Young Irish women are suffering the highest levels of depression among their generation in Europe, a new study has found.

Eurofound researchers say nearly 17 per cent Irish women aged 15-24 are at risk of developing symptoms of depression, more than twice the number of young Irish men at risk and the highest rate in Europe. Young women aged 15-24 in the majority of EU states were found to be more likely to suffer depression than their male peers.

The study from the EU agency for the improvement of living and working conditions found young women were more likely to handle upsetting events internally which can lead to self-harm and eating disorders such as anorexia or bulimia. It reported that stresses from school, expectations from parents and peer and societal pressures make the transition into adulthood more challenging with long lasting impacts.

Socio-economic status also plays a strong role in whether a young person is at risk of depression with those living in homes in the lowest income bracket most likely to become depressed, notes the study.

A total of 14 per cent of Europeans aged 18-24 were found to be at risk of depression with the highest levels in Sweden followed by Estonia, Malta, the Netherlands and the UK.

The European-wide study reported a 78 per cent increase in homelessness among young Irish people aged 18-24 between 2017 and 2018, noting that more than one in three homeless people in Ireland is a child.

The number of young people in Ireland at risk of poverty and exclusion dropped slightly between 2011, when 42 per cent of 18-24 year olds were at risk, and 2016 when the percentage fell to 32 per cent. However, the study warns that the lack of a universal healthcare provision for young people in Ireland plays a role in the inequality of access to basic services in this country.

In its review of physical health, the study found six per cent of Europeans aged 15 were overweight or obese with the highest levels of obesity in Bulgaria, Greece, Malta and Wales. It also warned of boys and young men becoming increasingly affected by eating disorders such as anorexia and bulimia which can lead to social isolation, low self-esteem and sexual apathy. In Ireland, around 18 per cent of boys and 13 per cent of girls aged 15 were found to be overweight or obese, according to 2014 data.

Young women in Ireland were found to suffer cyberbullying more than their male peers while Ireland had one of the highest rates of cyberbullying in Europe.

The EU population aged 12-24 fell by 10 million between 2011 and 2016 when there were a total of 72 million. The largest fall was in Poland (2.8 million) followed by Romania (1.9 million) and Spain (1.3 million). The drop in these countries is explained in large part by the impact of the economic crisis with many young people moving abroad to find work. The only exceptions were in Denmark and the Netherlands where the young population slightly increased.