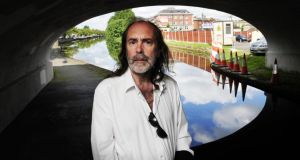 A statement by RTÉ earlier this week explaining why it paid out €85,000 in settlement of the Saturday Night Show Panti controversy has been described as “grossly misleading” by solicitor for John Waters, Kevin Brophy.

The money was paid to members of the Iona Institute, and Irish Times columnists Breda O’Brien and John Waters, who had alleged defamation by Miss Panti Bliss (drag artist Rory O’Neill) on the programme. They also received a broadcast apology.

In a statement today Mr Brophy recalled how RTÉ said this week that before agreeing to the settlement it had “explored every option available to it, including right of reply.

Legal advice was sought and all avenues were explored, including an offer to make a donation to a neutral charity”.

Mr Brophy continued “they further went on to say that they took a particular course of action partly because of ‘the decision by the complainants not to accept RTÉ’s proposed remedies’.”

This, Mr Brophy said “is a grossly misleading version of what actually happened.”

Outlining those events he said that on January 11th he was instructed by John Waters “to write to RTÉ seeking an apology and a retraction and the removal of certain defamatory comments from the internet broadcast of the Saturday Night Show.

“My instructions were very clear at that time. John Waters and the Iona Institute clients wanted an apology and a retraction and nothing else.”

He said RTÉ had proposed a right of reply “which was like asking my clients to prove they are not homophobic”.

The statement says Waters also made several attempts to deal with the matter himself.

Mr Brophy said Waters then proposed the precise wording of an apology and further proposed that a donation of €15,000 be made to the St Vincent De Paul to mark the seriousness of the defamatory comments.

“This proposal did not come from RTÉ, it came from John Waters. RTÉ were not happy to broadcast the apology we had drafted and instead said they intended to go ahead with a totally unsatisfactory two sentence statement. Over the course of the following seven days, an unsatisfactory wording was eventually agreed and was broadcast.”

RTÉ’s response “to the proposed donation to the St Vincent De Paul was that they felt the figure should be €5,000. My very strong advice was for John Waters to issue proceedings against RTÉ as I did not believe they were taking the matter seriously.

“It should also be noted that these negotiations were ongoing at a time when John Waters was being subjected to the most outrageous level of online abuse and adverse commentary.”

He continued that “eventually RTÉ offered €40,000 and this was accepted. I did not recommend the figure as I felt it was too low. The bottom line here is that if RTÉ had accepted John Water’s original proposal, this case would have settled at a fraction of the final cost to RTÉ.”

Mr Brophy recalled how he had acted for John Waters for many years. “In previous defamation actions he has requested that settlements be passed to charity. John Waters agreed to this final settlement and apology in the hope of putting an end to the matter and in deference to the members of the Iona Institute, who had also been defamed.

“This is not a case of John Waters trying to silence the gay lobby or prevent freedom of speech. He was defamed. He continues to be defamed. If RTÉ had acted appropriately and sensibly on day one, this current storm would never have arisen.”

Responding to the statement RTÉ said it was standing by its account of events as published earlier this week.

It said: “RTÉ have provided a fair and accurate account of the negotiations and their conclusions. The apology proposed by Mr Waters was unacceptable to RTÉ. It is untrue to claim that RTÉ did not take all matters relating to this complaint seriously from the outset. Due consideration was given to the full range of RTÉ’s responsibilities as a public service broadcaster, in tandem with careful consideration of the legal advice.”