Transport, not technology, a major challenge for older people 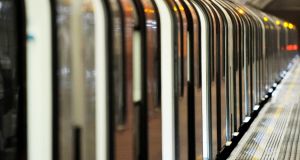 Almost one third of older people reported difficulties in accessing public transport. rising to 68 per cent among those living in rural areas. Photograph: Nick Ansell/PA Wire

Access to public transport and toilets pose greater challenges to older people than engaging with technology, a new report indicates.

Of more than 10,000 older people interviewed, nearly two-thirds (64 per cent) were dissatisfied with the availability of accessible toilet facilities.

Almost a third reported difficulties in accessing public transport. This rose to 68 per cent among those living in rural areas.

A quarter said they have problems maintaining their homes with 10 per cent having housing condition problems.

The report, Positive Ageing in Age Friendly Cities and Counties – Local Indictors for Ireland, is based on research carried out by the Healthy and Positive Ageing Initiative (HaPAI) with more than 10,000 people aged 55 and over, in 20 county and city councils across Ireland.

The research shows a heavy reliance on private cars for transport with almost 70 per cent of interviewees driving a car every week, including 58 per cent of those aged 70 and over.

The research shows older people are very involved in new modes of communication in society. “Over six in 10 of those aged 55 and over used the internet within the three-month period before they were interviewed, almost 40 per cent of them on a daily basis,” Ms Shannon pointed out.

Internet usage dropped with age; from 74 per cent of those aged between 55 and 69 to 39 per cent among those aged 70 and over.

Almost seven in 10 of those interviewed had a household internet connection with the level of internet usage varying from 45 per cent in Cavan to 79 per cent in Dún Laoghaire-Rathdown.

More than a quarter (29 per cent) of those from rural areas have difficulty walking in their area compared with over a fifth in urban areas.

The report found while over three-quarters are happy to have retired, the remaining quarter would have preferred to remain working part-time or full-time. Ten per cent of those aged 65-69 interviewed for the report were still working and 4.5 per cent of those aged 70 and over. A quarter of participants provide care to a child or grandchild on a weekly basis.

Minister of State for Older People Jim Daly said the research aims to inform service provision and policy implementation at local and national levels throughout the country.