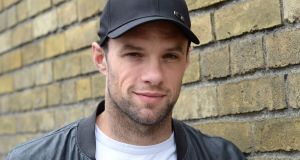 Niall Breslin aka Bressie: “We speak about physical fitness . . . mental fitness needs to be there too.” Photograph: Dara Mac Dónaill

Teenagers who have completed a course in mental health first aid are more than three times more likely than those without training to offer support to a friend contemplating suicide, according to the latest research into teen mental health problems.

Mental Health First Aid (MHFA), which began as an adult mental health programme in Australia in 2000 and now provides specific programmes for teens, has led to significant improvements in young people’s confidence, their intention to help their peers and a reduction in stigma around mental health, according to co-founder Prof Anthony Jorm.

The group’s latest research found seven out of 10 teenagers who had completed the first aid course would approach a friend who might be thinking about suicide, compared to less than two out of 10 people without the training. The research also noted a significant drop in the number of young people who would avoid talking to a friend about suicide for fear of putting the idea in his/her head.

“With mental health first aid we know these problems are so common that you can’t just rely on mental health services,” said Prof Jorm. “It’s got to be a whole of community approach. It’s about bringing it in as part of education systems and learning how to support others as a basic life skill.”

MHFA co-founder Betty Kitchener warned there are still numerous misconceptions around mental health issues, with many people afraid to speak up for fear of being stigmatised or discriminated against. “We need to educate people and raise the level of mental health literacy. People need to realise that mental health problems are an illness like any other illness and there are lots of effective things that can be done.”

“We realise more and more that there are a whole lot of health problems that don’t necessarily kill people but disrupt their life in a major way and cause disability,” says Prof Jorm. “Particularly the health of adolescents and young adults. When you look at what are the major health problems, they’re the things that disrupt their ability to complete school, to get into the workforce, to establish relationships. Mental health problems are the biggest problem in that young period of life and if they’re not supported and treated that can translate into consequences throughout life.

“We hope that by giving mental health first aid knowledge and skills across a whole adolescent cohort, and to the adults who they interact with, we can produce a cultural change in the social environment of young people at a critical time in their life.”

The first aid programme, which consists of a 12-hour course, teaches people how to assist someone who is developing a mental health problem or is in a mental health crisis and shows how to offer appropriate support and guidance. The programme is used in businesses and workplaces in 24 countries around the world, including Ireland, and is slowly being introduced into education curriculums for young people.

Niall Breslin aka pop singer Bressie, who spoke at the MHFA international summit in Dublin on Monday, highlighted the urgent need to properly educate students on mental health issues as part of the State’s secondary school curriculum. “Our education does not cater for this. It does not cater for people and how to live their life. This is not just for the students; it’s for the teachers too.

“People are frightened to be emotional because we live with an education system that doesn’t teach emotional intelligence. People who struggle with a torturous mind are often led to believe they’re weak or that their character is somewhat flawed. The reality is the toughest, most intelligent, most creative and inspiring people I know struggle with their mental health.”

Mr Breslin, who shared his personal experiences of panic attacks, severe anxiety and depression with the international mental health professionals attending the Dublin summit, said his story represented the lives of thousands around Ireland and the world.