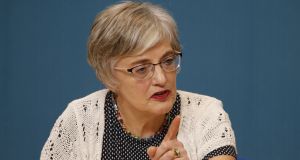 Findings from the ongoing review, including indications that crimes were covered up, were outlined in a briefing note sent to Minister for Children Katherine Zappone. Photograph: Nick Bradshaw

A review of alleged historic child abuse at Scouting Ireland has indicated that files related to some cases went missing and that some scout leaders appear to have “colluded” to facilitate abusers preying on children.

One scout leader who held a senior position is suspected of facilitating a “known abuser” in molesting children in a scouting organisation that predated the formation of Scouting Ireland.

It is suspected another senior volunteer, who is facing abuse allegations, used their access to confidential files to interfere and influence how child protection complaints were handled.

Findings from the ongoing review, including indications that crimes were covered up, were outlined in a briefing note that Scouting Ireland chief executive Dr John Lawlor sent to Minister for Children Katherine Zappone.

“There are suspicions that, in the mid-1990s, files relating to child abuse went missing,” Dr Lawlor told Ms Zappone, in a letter dated December 12th last.

Scouting Ireland was formed in 2004, following a merger of the Catholic Boy Scouts of Ireland and the Scout Association of Ireland, and the majority of allegations relate to a period between the 1960s and 1990s.

“There are indications that an adult member, against whom a number of credible allegations have been made, allegedly colluded with a known abuser of children and facilitated that abuse,” Dr Lawlor told Ms Zappone.

The adult member held “high office” in the organisation for several decades, and was a “close associate” of several other leaders, now also facing “credible” abuse allegations. Both the senior figure and his associates are dead.

There are also suspicions that legacy scouting organisations failed to document reports of abuse made at the time, Dr Lawlor said.

The correspondence was obtained following a request under the Freedom of Information Act.

Scouting Ireland wrote to Ms Zappone following an article in The Irish Times, which reported evidence from the internal review pointed towards child abuse being covered up.

Dr Lawlor said the “suggestions of cover-up relate to actions and cases prior to the establishment of Scouting Ireland”.

“In one particular case from the mid-1990s, there are indications that an adult member, now deceased, sought to protect a known abuser by threatening and putting pressure” on another volunteer, who was on a team responsible for child protection cases, Dr Lawlor said.

In another case a deceased leader, now facing credible abuse allegations dating from the 1970s to 1980s, was “restored” into one legacy organisation, having previously been “withdrawn”.

The internal review found evidence that alleged abusers moved from “one local group to another”, and in one case between the two legacy scouting associations.

“In doing so they appear to have been facilitated by adult members, against who there are now credible allegations,” Dr Lawlor wrote.

Allegations pointed to abuse “committed by adult members at all levels in both organisations,” he said.

Dr Lawlor sought to assure the Minister there was a “strong record of reporting, and appropriate maintenance of legacy files,” since the establishment of Scouting Ireland.

The review into past abuse included an audit of surviving historic case files, interviews with former volunteers and staff, and new information provided by a large number of alleged victims that have come forward in recent months.

Forty former scout leaders accused of child sex abuse are alleged to have molested multiple victims, according to a breakdown of figures from the review, recently sent to the Oireachtas Committee on Children and Youth Affairs.

The figures show there are an additional 66 alleged victims of youth-on-youth sexual abuse, not included in the headline 313 figure of alleged victims.