Where is political outcry over cartoon attacking priests? 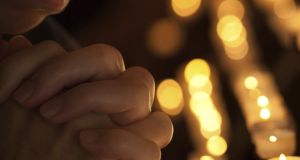 ‘You might argue that it was somewhat tasteless to mock a Catholic sacrament during Holy Week. You might even wince a bit at the satire of “singing priests”, given that the best known singing priests are humble men who raise phenomenal amounts of money for charity.’ Photograph: Getty Images

The apology published by The Irish Times today is an important acknowledgment that Martyn Turner’s cartoon last Wednesday crossed a line. The cartoon caused immense upset, not on Twitter, or even in mainstream media, but among those who abhor seeing innocent people demonised.

The cartoon features three priests, one of whom is emerging from a confessional carrying a Bible. Another priest holds up the headline: Children First Bill – Mandatory Reporting. The three priests sing together: “I’d do anything for children (but I won’t do that).”

Had that been all, it would not be a daring or original cartoon, but it could be argued that it remained – just about – within the bounds of acceptable commentary. You might argue it was somewhat tasteless to mock a Catholic sacrament during Holy Week. You might even wince a bit at the satire of “singing priests”, given the best-known singing priests are humble men who raise phenomenal amounts of money for charity. However, on the right of the cartoon in small print it states: “But there is little else you can do for them [children] except stay away from them, of course.”

It reinforced the most negative stereotyping, that all priests represent a danger to children, a stereotype not even remotely based on fact.

The only major Irish research we have, the Sexual Abuse and Violence in Ireland Report , says just over 3 per cent of sexual abuse was carried out by priests and religious. That statistic is often misread as stating that more than 3 per cent of priests are abusers. In fact, because abusers of children tend to have many victims, it is probably much less than that.

While acknowledging the importance of freedom of speech and “the vital role of satire in social criticism”, Archbishop Diarmuid Martin firmly pointed out that it is wrong to “unjustly tarnish all good priests with the unpardonable actions of some”.

But where was the outcry from politicians and opinion leaders? Yet again, our political masters wait to see which way the wind will blow.

It is so, so easy to scapegoat one group, and thereby escape the need to look more deeply at the remaining 96 per cent of sexual abuse.

An Irish Times letter writer made a comparison with Thomas Nast, who was a 19th-century American cartoonist notorious for his anti-Irish and anti-Catholic sentiments. When Nast satirised the corruption of the Tammany Hall, he was acting courageously. But when he depicted all the Irish as ape-like, or Catholic bishops as crocodiles with mitres for jaws crawling towards innocent children, he was expressing nothing except prejudice.

There are no criminal sanctions in the Children First legislation. The legislation has no teeth. That would have made a good subject for an original, influential cartoon. But it is so much easier to take a cheap, nasty shot at a group of men, many of whom are now elderly.

The media are obsessed with the confessional seal. The Samaritans have a similar commitment to never revealing anything their callers talk about, but no one pillories them.

The right to religious freedom, and not to reveal what happens in Confession is protected in Irish case law. In fact, until relatively recent times, it was protected in most American states, influenced by a case in the 19th century involving a brilliant Irish Protestant legal advocate, William Sampson. He appeared as a “friend of the court” in a case involving a Fr Anthony Kohlmann, a German priest ministering to a large Irish-American parish, who had refused to reveal the identity of a thief who had made restitution as a condition for receiving absolution.

Sampson argued on republican principles that honouring the seal of the confessional was a matter of human rights. He said as an Anglican he wanted to uphold for Catholics the right he treasured himself, to live according to his beliefs.

Where today do we see people declaring the right to religious freedom is important? Is it not interesting that journalists who presumably would go to jail sooner than reveal a source, have no sympathy for priests who would sooner face death than break the confessional seal?

The most important people when it comes to sexual abuse are the victims. The Catholic Church has had mandatory reporting since 1995, but there is no room for complacency. But when will Ireland begin to face up to the true prevalence of the scourge of sexual abuse in the rest of society?