Strong religious convictions are no excuse for misrepresenting research

The faithful can live how they choose, but not dictate to others 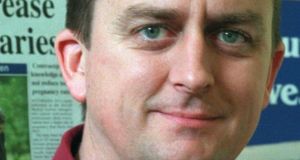 There have been few debates on social issues in Ireland in which religion did not loom large; whether the topic has been contraception, homosexuality or divorce, theologically derived opinions have often been centre stage. Even now, in debates about abortion and same-sex marriage, these views are still heard. The threatening behaviour of the past may be gone, but it has been replaced by the more insidious ploy of misrepresenting research to lend credibility to discriminatory views.

The abortion debate provides numerous examples of such contrivances. In this paper recently, Breda O’Brien brandished a study by Ferguson et al (2013) and claimed abortion damages women. However, her championing of this study is textbook cherry-picking that fails to withstand even a cursory examination.

The scientific consensus is that abortion does not damage mental health, a conclusion supported by volumes of meticulous research and recently reiterated in high-quality major reviews by the Royal College of Psychiatrists (2011) and Johns Hopkins University (2008). Ferguson himself has expressed dismay at pro-life groups using this study, calling this use “misleading”.

More dubious still was last September’s “Dublin declaration”, a statement insisting abortion is never necessary to save the life of a mother. Yet even a cursory inspection reveals this is simply not true. Pregnancy is not risk-free and the American Congress of Obstetricians and Gynaecologists states: “Abortions are necessary in a number of circumstances to save the life of a woman.”

Most of the speakers at the event were vocal anti-abortion campaigners, including Dr Priscilla Coleman who, in a 2009 paper, linked abortion to mental health problems.

Conclusions vs data
In a scathing review of that paper, Drs Julia Steinberg and Lawrence Finer wrote: “This is not a scholarly difference of opinion; their facts were flatly wrong. This was an abuse of the scientific process to reach conclusions that are not supported by the data.”

Just as Coleman’s paper is a classic example of the abuse of the scientific method, the symposium is similarly dubious: science is not conducted by press conference, but by meticulous peer-reviewed research, and no amount of assertion can substitute.

Nor do religious views give one a right to obstruct a democratic mandate. Twenty-one years, two referendums and several needless deaths after the X case, we are only now beginning to put legislation in place for the safety of Irish women; a process that is being delayed by a group of TDs who view their religious convictions (or those of the people they represent) above women’s lives and Irish democracy. Their actions are an indictment of religious influence on politics and ignore the reality that Irish women in their thousands have for years been forced to travel abroad or self-administer pills. The claim Ireland is abortion-free is nothing more than a sanctimonious myth.

David Quinn of the Iona Institute spoke against gay marriage in front of the constitutional committee. Ostensibly citing research from Child Trends (2002), Quinn claimed children fared best with biological parents and gay parents were not good for children. Yet the first page of the study he quotes states: “ . . . neither same-sex parents nor adoptive parents were identified . . . therefore, no conclusions can be drawn from this research about the wellbeing of children raised by same-sex parents or adoptive parents”.

Evidence to date
Quinn is simply wrong. Numerous studies have since found zero difference in parenting between heterosexual and same-sex couples. The American Psychological Association states “ . . . the evidence to date suggests that home environments provided by lesbian and gay parents are as likely as those provided by heterosexual parents to support and enable children’s psychosocial growth”.

In any case, the idea of “defending marriage” hinges on the notion marriage exists solely as a vehicle for procreation; a somewhat archaic view given that many married couples do not choose to have children and many children are born outside marriage. The faithful have the right to lead their lives in any way they choose – but why should they presume to dictate to others?

It is perfectly legitimate to have religious misgivings or ethical qualms; these topics are complicated and a spectrum of views should be expected. Misrepresenting research, however, to bolster religious views is a transparently cynical exercise.

Dr David Robert Grimes is a physicist and researcher at Oxford University. He keeps a science and medicine blog at davidrobertgrimes.com (@drg1985)