One-minute broadcast is one of Ireland’s longest-running programmes 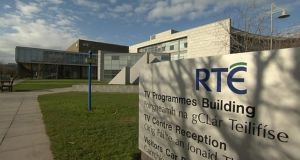 RTÉ television has revamped its daily Angelus broadcast with new films and a public vote to determine the nation’s favourite Angelus episode.

The one-minute Angelus broadcast on RTÉ One is one of Ireland’s longest-running programmes, having aired daily at 6pm since the start of RTÉ television in 1962.

New films which the broadcaster says will be “conducive to prayer or reflection for people of all faiths and none” have been commissioned to “create a reflective space for all in the peak-time schedule”.

Contributors, who range from a sand sculptor to a carer, were filmed in locations all over Ireland, from the Islandbridge Memorial, Dublin, to the Holy Well at Tobernalt, Co Sligo, and a traditional bookbinder’s workshop in Athlone to a topiarist’s garden in Malahide. The six new films will be shown in daily rotation.

In addition to these professional films, RTÉ has designated one slot per week, on Fridays at 6pm, as “The People’s Angelus” slot, showcasing the work of aspiring filmmakers and artists.

Submissions have come from a number of second and third level colleges, and ranged from animation to stills photography, and include “abstract work” and contemplative shots of landscape and the natural environment.

The public will be invited to vote for a favourite, which will receive an award and be shown again on RTÉ One.