‘If Russia Today has an audience....you can be sure RTÉ has one’ 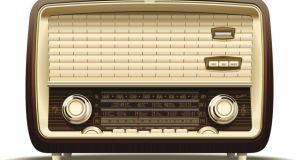 RTÉ’s planned closure of its long-wave radio service on January 19th has been described as a “crying shame” by a leading Irish child sex abuse campaigner in Britain.

Mick Waters founded the Survivors of Child Abuse Soca (UK) group, precursor to Soca (Ireland). It grew out of the Artane Old Boys organisation he set up in the English midlands in 1965. Both Soca groups played a major role in bringing about the Ryan report.

Speaking to The Irish Times from Coventry, Mr Waters said many of the people he had dealt with down the decades “love that [RTÉ long-wave] connection. It’s very important to them.”

Most would have “got a lot of their information [about the Ryan Commission] from RTÉ on long-wave,” he said. For many this also renewed their connection with Ireland and “they felt deeply the reconnection,” he said.

Tony Corcoran was driving in Southport, Lancashire, listening to RTÉ radio when he spoke to The Irish Times on the issue. “It’s as clear as any local station,” he said.

If the long-wave service was to go, neither he nor anyone else in the UK would be able to listen to RTÉ in a car, he said.

He said that during the football championship, people sat in cars across the UK with RTÉ on and windows open so others could hear commentary.

Based in Newcastle, he said RTÉ was listened to on long-wave not just by older Irish people but also by young Irish professionals in Tyneside and Irish students.