Opinion: A young Muslim lesbian has the same right as a young Catholic lesbian to be informed in sex education that lesbianism exists 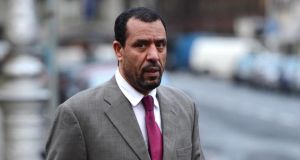 ‘It is true, as Dr Ali Selim (above) points out, that greater religious diversity means that the control of the education system by particular Christian denominations is increasingly untenable.’ Photographer: Dara Mac Donaill / THE IRISH TIMES

The proposals of Dr Ali Selim, of the Islamic Cultural Centre in Dublin, for reform of the education system contain some very reasonable points on the hardship and unfairness towards religious minorities of the current education system.

Most strikingly, he notes that because the State has handed control of the vast majority of the school system to particular faiths, Muslim citizens face discriminatory barriers in accessing State-funded education for their children.

Citizens seeking to access a service for which they have paid through their taxes should not find that they may only access the service once those of a preferred religion have been served.

It would be considered outrageous if hospitals gave access to elective surgery on the basis of “Catholics first”, yet that is what happens in relation to State-funded schools.

Dr Selim is right that this is a serious barrier to inclusion. However, although he characterises his proposals as a call for a “revolution of inclusivity” much of the rest of what he proposes is the opposite of inclusionary.

Introducing such changes would be the opposite of an “inclusionary revolution”. What Dr Selim proposes is to single out pupils from Muslim backgrounds on the basis of their religious heritage and to radically restrict the kind of education offered to them on that basis.

Parents have the right to expect that State schools will not be used as vehicles to brainwash or propagandise for any faith or political ideology. This right is guaranteed by the Constitution and the European Convention on Human Rights.

However, parents do not have the right to prevent their child from encountering anything with which they may disagree while using the State education system.

Moreover, a State education system has an important role in ensuring that children have the skills and knowledge of wider society to enable them to make real choices about how they wish to live their lives in the future. Some exposure to ideas with which one’s parents may disagree is vital to allow a child to exercise genuine choice about the kind of adult he or she wishes to be.

There is great diversity of belief within Islam on issues of interaction of the sexes, music and matters of sexual morality. Furthermore, Islam may be but one element of the identity of Muslim children. A young Muslim lesbian has the same right as a young Catholic lesbian to be informed in sex education that lesbianism exists and she has a right to be respected and choose her future notwithstanding that both sets of parents may disapprove of homosexuality.

It would be deeply wrong to adopt a policy that assumes Muslim children neither can nor should ever come to different conclusions from their parents on matters of sexuality and relationships.

Many Muslim children may ultimately choose to follow conservative teachings on matters of gender or sexuality. Others may see no contradiction between their faith and a more egalitarian approach to these matters. Either way, they have the same right as every other child to the full range of information in making their decision.

It is true, as Dr Selim points out, that greater religious diversity means that the control of the education system by particular Christian denominations is increasingly untenable. However, the solution cannot be to single out Muslim pupils and deprive them of the cultural resources to take a full part in Irish society or indeed, to prevent their exposure to thoughts and ideas which allow all our students the chance to exercise meaningful choice over the kind of people they wish to become.