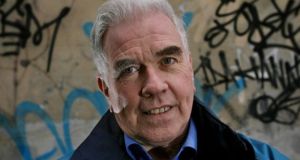 The Jesuits are urging people to support the ‘Raise the Roof’ housing rally outside Leinster House on Wednesday, saying that it is “an important opportunity to highlight the depth of the housing crisis and the need for a radical change in the Government’s housing policies.”

The Jesuit Centre for Faith and Justice has urged “Christians” in particular to support the rally.

Fr Peter McVerry of the Jesuit Centre said: “As Christians, we must be profoundly disturbed by the fact that in Ireland, one of the richest countries in the world, hundreds of thousands of people are enduring insecure, overcrowded and unsuitable living conditions, financial hardship, stress and anxiety, as a result of housing problems of one kind or another.

“This situation represents a grave social injustice, with deeply damaging consequences for individuals, families, and society as a whole.”

Margaret Burns of the Jesuit Centre pointed out that “officially recorded homelessness has increased by 46 per cent over the past two years.”

Meanwhile, Ms Burns said, “current figures on homelessness reflect ‘adjustments’ that have excluded people who would have been previously included, suggesting that the upward trend is even greater than the official figures show.

“Moreover, the Minister for Housing has recently said is that homelessness may not yet have peaked.” Tomorrow’s rally is an opportunity to say to the Government that its policies are not working and must be radically changed,” she said.