Number of Jews in State reaches 2,557 with over half of them living in Dublin 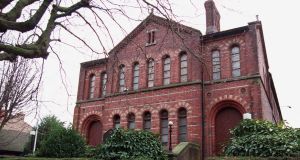 It is a reverse from the story in February 2016, just two months before census night, when the 135-year-old Cork synagogue was closed because of falling attendances. It had hosted services there since 1905.

The first wave of Jewish emigration to Co Cork was in 1772 with the influx of a small community of Sephardic Jews from Portugal.

Most of Co Cork’s Jews arrived there from Lithuania in the late 19th century, escaping persecution, as did the Jews who arrived in Limerick and Dublin then.

It is believed that on arrival in Co Cork some among them thought they were in New York.

Currently there are three synagogues in Dublin and one in Belfast.

In general Irish-born Jews are an ageing population, but a new influx of Jews with the arrival of hi-tech US multinationals has contributed greatly to its population growth.

Most of these, however, follow the trend of young people in the other larger faith groupings and are believed to be primarily secular and non-practising.